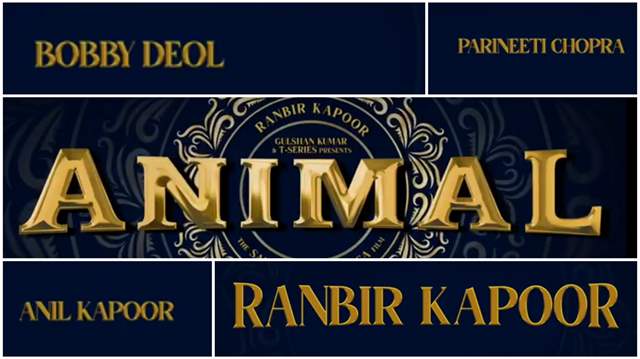 All that wait and all that expectation pertaining one of the most anticipated movies is indeed justified now. There has been so much talk about Ranbir Kapoor and Sandeep Reddy Vanga's collaboration that the expectation was already at its peak.

It was also reported that the collaborators had a special announcement planned at 12:01 A.M. on 1st January 2021. That is finally a reality as a teaser of the same has been released. While we knew Kapoor is leading the way, the entire case that has now been announced is one that is alluring all the more. Apart from Ranbir, Anil Kapoor, Parineeti Chopra and Bobby Deol will also be a part of the cast.

The teaser is stylized in an amazing way where an addictive whistle tune is the theme tune of the film which is titled 'Animal.'-

The teaser already has managed to grab a lot of attention and of course, again, the tune is very addictive indeed.

4 months ago The sound of gunshots in this teaser indicates that this will most likely be an action film. Yeah it’s high time Ranbir Kapoor should do an action film!