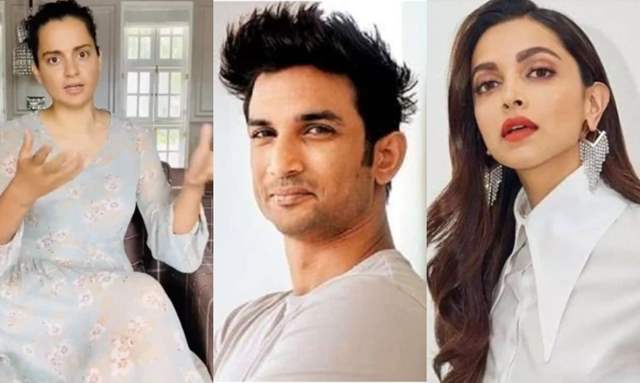 Kangana Ranaut has gone all out in the fight for justice for actor Sushant Singh Rajput. While the actor died by suicide on June 14 2020, professional rivalry and many other angles are being probed in the case. Kangana had demanded the Mumbai Police to summon some A-lister names of Bollywood like Mahesh Bhatt, Karan Johar, Aditya Chopra among others, post which the same names were called for interrogation by the police.

Besides, Kangana is also uncovering various angles in Sushant’s case. Her team shared a tweet that claimed Sushant followed Alia Bhatt on twitter. Reacting to the tweet, her team wrote that Sushant’s girlfriend Rhea Chakraborty was handling the late actor’s social media accounts. “Need CBI for Sushant, Rhea had all his gadgets, must be an instruction from Mahesh Bhatt to follow Alia, so many of his posts were deleted  #JusticeforSushantSingRajput #WhyfearCBIforSushant”

Meanwhile, Rhea Chakraborty has come under the scanner after Sushant Singh Rajput's father K K Singh registered an FIR complaint against Rhea Chakraborty and five other people for abetment of suicide at Rajiv Nagar Police Thana in Patna. Sushant’s father alleged that Rhea took money from Sushant and instigated him to commit suicide.

However, before the Bihar Police could meet Rhea, the actress went missing from her Mumbai residence. According to a report in Times Now, Rhea has not come in contact with the Bihar Police because she wants to file an anticipatory bill against the FIR.

s_lover 10 days ago This dumbo says it’s fight of outsider then why she is behind Deepika? Did she forgot what dips went when she newly joined industry, how she faced interviews and stupid questions

cheeno 10 days ago Please please please send this idiot Kangana to a mental asylum. If she had guts she would have exposed the bollywood biggies and nepotism when she was struggling at that time she was sleeping with big names yo get work if she had dignity she would have said no to that compromise and exposed them at that time..a big opportunist using a dead man name for her advantage...i donot even consider her a actress....all her roles are 90% same cheap with vulgar language same story line..the only diff is Manikarna...Jyst shutup dumb head Kangana.

simplyme 10 days ago It is really sad to see Kangana completely milk this situation to fit her narrative. When SSR was alive she did not give him a damn and now is acting like his saviour, with only mud slinging. It is clear that she is targeting people with whom she assumes she has issues and it is really sad that people cannot see through her bullshit. The horrible thing of all is that the maximum number of people supporting her are the one's who called "Kedarnath" movie as "Love Jihad" and also heavily bashed SSR when he removed Rajput from his name during the entire Padmavat fiasco. For a person who has followed him since Kis desh mein hai mera dil, where he was not even a lead and to see the politics being played in his name is really heart breaking.

A HUGE FAN 10 days ago When SSR was alive, where was Kangana then? Why didn't she speak out the injustice in Bollywood before when she was blasting other actors and actresses? It is good she's standing up to the truth, but really I have to wonder where was she before...

spate22 11 days ago Atleast she has the guts to fight the truth unlike the rest of Bollywood who are silent and living in their own happy bubble!! They all are going to hell if not jail for not trusting the people!!

Needblessings 11 days ago Dhande Baaj aurat Kangna ran out is a filthy person. SSR is nothing but a prop to her to clear her own agenda. She is a trashy woman. her sister is worst than Rakhi Sawant. Yuk yuk yuk. She is a fake ,low graded drama queen. Shame on her to use SSR death and eye washing everyone.

Rubyreadyhui 11 days ago She is in news 24/7, wonder who is doing dhandaa? She is gaining mileage off SSR's suicide. Let the police do their work ! She just sounds like a lunatic now!!! Yukkkkkkkk :(

Funny29 11 days ago Someone should lock up Kangana Ranaut and her team in an insane asylum forever and throw away the key! Unbelievable!! 🤦‍♀️🤦‍♀️

beingaditij 11 days ago She will fight with everyone for publicity stunt so she will remain alone in the bollywood....dumbo