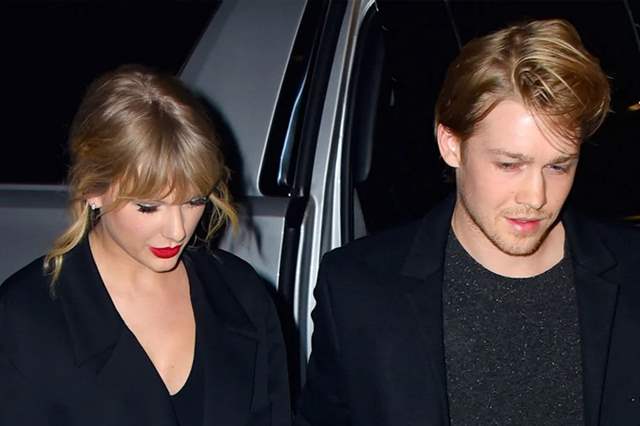 If there is one thing that singer Taylor Swift has always in news for apart from her singing projects - it is her relationships. Since earlier till now, we have come across multiple rumors ad contrversies about Swift's boyfriends. And now, the singer gave fans a rare glimpse into her private relationship with Joe Alwyn during a chat with Paul McCartney for Rolling Stone's new cover story, released on Friday, Nov. 13.

The topic came up while Swift was talking to The Beatles icon at his London MPL Studios office in early October. During a discussion on lyrics, McCartney brought up the song "Peace" from Swift's folklore album, noting he likes that one. Swift then explained the hit is "more rooted" in her personal life.

"I know you have done a really excellent job of this in your personal life: carving out a human life within a public life, and how scary that can be when you do fall in love and you meet someone, especially if you've met someone who has a very grounded, normal way of living," she told the 78-year-old artist. "I, oftentimes, in my anxieties, can control how I am as a person and how normal I act and rationalize things, but I cannot control if there are 20 photographers outside in the bushes and what they do and if they follow our car and if they interrupt our lives. I can't control if there's going to be a fake weird headline about us in the news tomorrow."

When asked if her boyfriend sympathized and understood, Swift made it clear he "absolutely" does.

"But I think that in knowing him and being in the relationship I am in now, I have definitely made decisions that have made my life feel more like a real life and less like just a storyline to be commented on in tabloids," the Grammy winner continued. "Whether that's deciding where to live, who to hang out with, when to not take a picture—the idea of privacy feels so strange to try to explain, but it's really just trying to find bits of normalcy."

In fact, she said that's what the song "Peace" addresses: "Would it be enough if I could never fully achieve the normalcy that we both crave?"

We also know that Swift and Alwyn have been together for a few years now.

Niti Taylor gets her husband's name tattooed on the ring finger