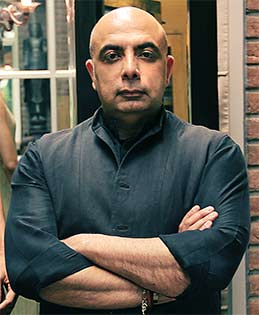 Ace designer Tarun Tahiliani is all set to host the sixth edition of his couture exposition starting July 11 in Mumbai and it will be followed by the Delhi leg from Aug 2.

"The two-day Mumbai edition will take place at Four Seasons hotel, while Delhi edition will go on for three days at my couture studio in Chattarpur," Tahiliani told IANS.

Titled Modern Mughals, the collection for the sixth edition draws inspiration from the splendour of the Mughal Era - impressions from the arts, jewellery, architecture, literature and magnificent processions.

"An unabashed modern glamour in fit and finish will be manifested in exquisite designs and jewel colours in bridal wear for men and women at the exposition this year," said the designer.

Tahiliani, a known name in the fashion world around the globe, opened India's first multi-designer boutique Ensemble in 1987.

His first solo show was held in September 1994 at the Dorchester Hotel in London.

In September 2003, Tahiliani became the first Indian designer to get an invitation to showcase his work at the prestigious Milan Fashion Week and has since shown his collections in New York, London, Milan, Tokyo, Dubai, Singapore, Hong Kong, Moscow, South Africa and Karachi.