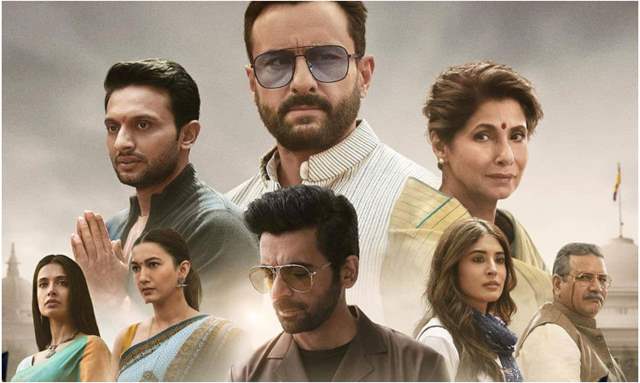 A lot has been talked about Saif Ali Khan’s latest OTT show - ‘Tandav’. In a shocking turn of events, the information and broadcasting ministry has summoned Amazon Prime Video’s India officials after a controversy erupted over the recently-launched web series.

Taking the cognizance of complaints that Hindu gods and goddesses have been ridiculed in web series ‘Tandav’, the Ministry of Information and Broadcasting on Sunday sought an explanation from the Amazon Prime Video officials, reported ANI.

While the series features some of the most discussed events in the nation, it has also seen a drastic after-effect leading to ceaseless bull sessions amongst the audience.

The Ghatkopar West MLA demanded that the series should remove the part as it hurts the sentiments of people.

On the other hand, another BJP MP from Maharashtra Manoj Kotak said that the makers of Tandav must apologise for hurting sentiments of the people. He went on to claim that there were ‘concerted efforts’ to portray Hindu deities ‘in poor light’.

Kotak demanded a ban on the web series and even wrote to the information and broadcasting minister Prakash Javadekar.

+ 3
3 months ago What is wrong with people? Why can't they let fiction remain fiction and enjoy it as a show? This only happens in India - and the worst part is people bow down to it.

Shaheer Sheikh on cancelling reception due to pandemic, ...