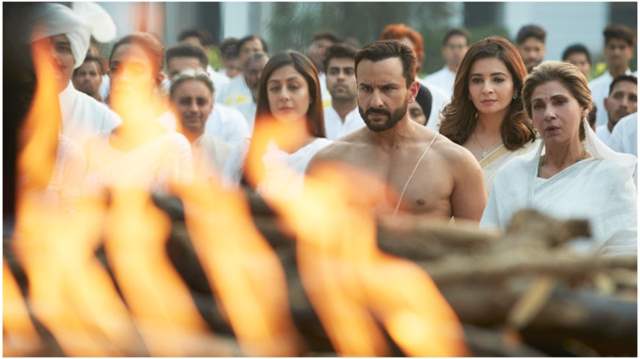 A lot is being spoken about Amazon Prime Video's Tandav and the web series has been in the news for a long time now, ever since its first day of release. For a while now, netizens and viewers have called for a boycott of the show as it allegedly hurts religious sentiments. Earlier today, there was also news about summons being sent to the makers as well as Prime Video officials in India. And now, Ali Abbas Zafar took to social media to issue an apology and wrote a note.

Ali Abbas Zafar took to social media as he wrote, ''We have been closely monitoring viewer reactions to the web series ‘Tandav’ and today during a discussion, the Ministry of Information and Broadcasting have informed us regarding a large number of grievances and petitions received on various facets of the web series with serious concerns and apprehensions regarding its content hurting the sentiments of the people.''

Check it out right here:

He further wrote, ''The web series ‘Tandav’ is a work of fiction and any resemblance to acts and persons and events is purely coincidental. The cast and crew did not have any intention to offend the sentiments of any individual, caste, community, race, religion or religious beliefs or insult or outrage any institution, political party or person, living or dead. The cast and crew of ‘Tandav’ take cognizance of the concerns expressed by the people and unconditionally apologize if it has unintentionally hurt anybody’s sentiments.''

Well, this isn't the first instance of an apology being issued after all, but it reflects strongly on the audience reaction.

+ 3
1 months ago It’s just fiction for crying out loud. So y r people taking offence? Or is it because they are conscious of their own self coming out?

+ 3
1 months ago This is ridiculous, why does one have to apologise for doing their job?