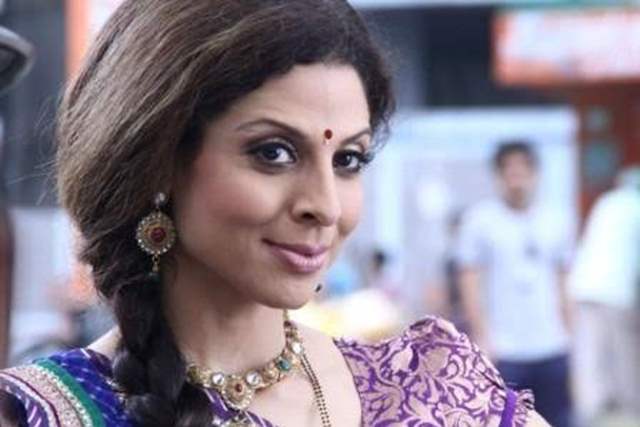 We have already witnessed news about how an array of shows have already relocated to different cities to keep shoot going and things rolling as they tried to adapt to lockdown rules in Mumbai.

One of those shows is Apna Time Bhi Aayega as the Zee TV has moved shoot to Goa. But this has led to an unceremonious exit for actor Tanaaz Irani, who plays the role of Ranisa.

Shocked and unhappy, Irani said that she expressed her reservations about shoot moving to Goa, and the makers replaced her abruptly without even discussing the possibility of a solution.

Talking about it with ETimes TV, Irani said, “I shot with them till April 11, two days before they decided to move to Goa after shoots came to a halt in Maharashtra. The production house texted everyone, enquiring whether we would be available to shoot, but without mentioning other details like accommodation and duration of the stay. I told them that I was not sure about travelling, but was open to a discussion. However, there was no discussion.”

She added, “Given the current situation, I wouldn’t have been allowed to travel back to Mumbai to see my children. I do not have anyone to look after them, and can’t expect my husband (Bhakhtyar) to take care of everything, including their online classes. Besides, I have already been infected with COVID-19 once. So, my family is bound to get worried for me. Having said that, I was not completely averse to the idea, but it’s a big decision, and I wanted to discuss it.”

She further added, “It was a random call; they told me that I was required to shoot every day, as my character is pivotal. They went on to add that they have thought it through and since I can’t travel to Goa, they are replacing me. I am shocked and confused. If something like this can happen with a senior artiste like me, I can only imagine the state of newcomers. I have been replaced and I can’t do anything about it. What if I had to tell the production house that I wasn’t satisfied with my track and wouldn’t continue on the show? I would have been labelled as unprofessional. Why is it always that an actor has to suffer? Why aren’t we given our due?”

On the other hand, the production house had their take on it as a source said "Irani is the antagonist of the show, one of its main characters. Of course, we discussed with her, but she told us that she wouldn’t be able to join us in Goa. We managed without her for 15 days and even tweaked the storyline to accommodate her absence. But, there is no clarity about when the shoot will resume in Mumbai. So, for how long can we adjust without her character? The show has to go on as a lot of people depend on it for their livelihood.”

a day ago Can't say anything except all the best for Tannaz Irani. She was amazing as Ranisa. Hope Apna Time Bhi Aayega producers find a good replacement.

a day ago There r two sides to every story. Tannaz did a great job as ranisa hope replacement does a great job too

2 days ago This is so surprising as shr wS one of the key roles and played an important life RanVeer's life!

2 days ago Wow this is surprising...can’t make conclusions via this. But will miss Tanaaz in Apna Time Bhi Aayega. Her presence really lit up the show.

2 days ago The production house gave a indirect clue about tanaaz not being fully committed to the show in their Instagram profile. I don't think this decision was based on an single event. Hope Apna time bhi aayega finds a good replacement.

+ 2
5 days ago OMG this is really unprofessional and one of them is lying, but one day the truth will come out and in the mean time the fans will be at loss of a original cast member.

6 days ago but i hope wish and pray, her husband is still not a nag as he was in Big boss, long time back. I remembered it, when she said "I do not have anyone to look after them, and can’t expect my husband (Bhakhtyar) to take care of everything, including their online classes." .. Wonder why a father cannot. Even in the show big boss, he was a cry baby and she took care of him.

6 days ago sad, even after working for so long, she is treated like this.