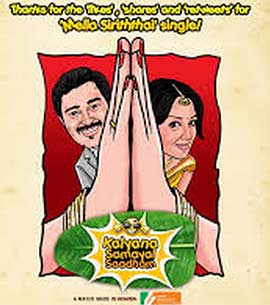 The super hit Tamil film "Kalyana Samayal Saadham", which released in December 2013, is all set to be remade in Hindi.

"The makers are planning to remake the film in Hindi... the film was well received in South and now they want to make the film as per the sensibilities of the Hindi audience," said a source close to the project.

"The film is in its pre-production stage and it will take some time to go on floors. They are also hunting for the right actors for this film," added the source.

Directed by R.S. Prasanna Kalyana, "Kalyana Samayal Saadham", which featured Prasanna and Lekha Washington in the lead roles, was about a big fat Indian wedding with a quirky twist.