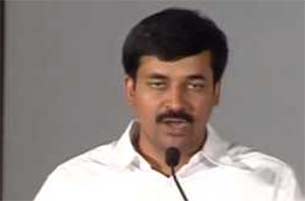 Young, ambitious and willing to go against the tide helped first time directors like P. Ramesh and Thirukumaran rule the Tamil box office in the first half of the year. Thanks to the right mix of good content and entertainment elements in their movies, the makers earned higher returns with much-lower investments.

Of the 107 Tamil films released in the first six months, first-time directors accounted for the maximum hits. According to sources, most of the films were made within Rs.5 crore, but the total earnings from the movies of debutant directors have been over Rs.100 crore.

From "Thegidia to "Yaamirukka Bayamey", IANS finds out what made these films tick at the box-office.

"Thegidia was the first Tamil hit by a first-timer. Made under Rs.4 crore, it raked in over Rs.10 crore at the ticket windows.

The film was an investigative thriller, a genre very new to Tamil audiences. Director P. Ramesh said he had never anticipated its success.

"I never thought my film would turn out to be a hit. It was overwhelming. I think the story appealed to the audience because my film didn't feature any stars. The music also was received very well," Ramesh told IANS.

Raghav, an avid film blogger, liked "Thegidi" and thought it was one of the "smartest" Tamil films in recent times.

"Most films lack logic even though they're interesting. 'Thegidi' was an exception. When the suspense is revealed in the film, you're completely taken aback. I haven't experienced that in a Tamil film since 'Pizza'," Raghav told IANS.

"Moreover, I also liked the way the makers hinted at a sequel," he said.

"Thegidi 2" is on the cards, but it will take time as Ramesh has already started working on his next project.

Written by filmmaker A.R. Murugadoss, the film was panned by critics, but turned out to be a blockbuster. It minted over Rs.20 crore

"It was a film for the masses. Sivakarthikeyan is a star in B and C centres. You can't expect him to do a film for multiplex audiences. Most of his films have done exceptionally well outside Tamil Nadu, in smaller cities," trade analyst Trinath said.

"Maan Karate" turned out to be the biggest hit in Siva's career.

The biggest Tamil blockbuster of the first half of the year was Deekay's horror-comedy "Yaamirukka Bayamey", which recently completed its 50-day run in cinemas.

The film, which was made under Rs.5 crore, collected over Rs.20 crore.

The heady mix of horror and comedy in "Yaamirukka Bayamey" worked in its favour, believes Raghav.

"Horror-comedies should know when to shock the audiences and when to make them laugh. 'Yaamirukka Bayamey' did that so well and it worked in its favour," Raghav said.

"Yaamirukka Bayamey" released in cinemas two weeks prior to the release of superstar Rajinikanth's "Kochadaiiyaan", which hardly affected the film's fortune at the box-office.

"There was a lot of buzz for 'Kochadaiiyaan' in the first week. After that, audiences, who were disappointed with it, went back to watching 'Yaamirukka Bayamey', which still continues to run to packed houses," Trinath added.

Critics panned Naveen Raghavan's family comedy "Manjapai", a surprise hit, but it went on to collect over Rs.10 crore in the first two weeks of its release.

"The comedy and family sentiment worked big time in the film. The masses seemed to have loved it. I'm glad it was received so well and it was more than what I had expected," Naveen told IANS.

Romantic-comedy "Mundasupatti", was another hit by first time director Ram Kumar. It was based on his own eponymous short film.

Made on a shoestring budget, it collected over Rs.6 crore in the first two weeks and continues to run in cinemas.

"I heard that people loved my film for its wholesome entertainment. Comedy has been the flavour of the season and since my film too was high on it, audiences lapped it up. I strongly believe it's the content that makes the difference," Ram told IANS.