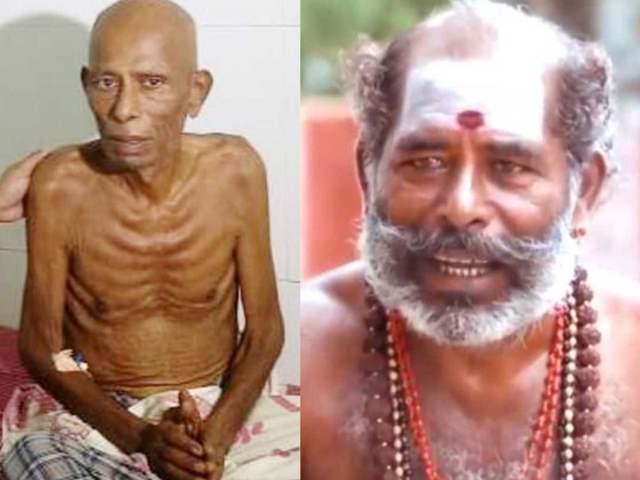 Tamil actor and comedian Thavasi, who was suffering from cancer passed away on Monday. He breathed his last at the age of 60 after fighting battle against cancer.

He was admitted at a hospital in Madurai where he was undergoing treatment for oesophageal cancer. According to the reports, he suffered breathlessness post which he was being shifted to the ICU at around 8 pm.

MLA Dr. Saravanan, who is also the managing director of the hospital confirmed the news about the actor’s demise first on Twitter. Saravanan, wrote, “Thavasi was admitted in our private hospital on November 11. As Thavasi was suffering from an advanced stage of oesophageal cancer, he was admitted as in-patient for treatment. An oesophageal stent was fitted as part of the treatment. In spite of the best efforts, Thavasi breathed his last at around 8 pm."

Over the last couple of days, pictures of Thavasi went viral on the Internet, wherein the actor could be seen in a very ill state. He was affected by cancer so severely and had lost a lot of weight. The actor looked pale and unrecognisable in the viral pictures, which raised concern among netizens and other South actors.

Thavasi worker in the South film industry for almost 30 years and is said to have worked in over 140 movies as a supporting character.

Bert Belasco of 'Let's Stay Together' dies at 38

Sevenstreaks 1 months ago May his soul rest in peace :(