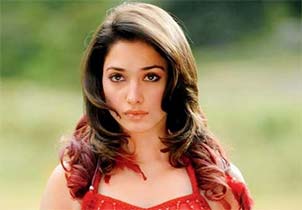 Southern actress Tamannah Bhatia hasn't been signed for Gopichand-starrer yet untitled Telugu project, says her manager and adds that she only has Mahesh Babu's "Aagadu" in her kitty.

"She hasn't signed any Telugu project besides 'Aagadu' with Mahesh Babu. The film is her top most priority as she has set aside bulk dates for the same," Tamannah's manager told IANS.

Srinu Vaitla directed "Aagadu" went on floors recently and will be wrapped up by mid next year. The 23-year-old, who has paired with all top stars in Telugu, will be sharing screen space with Mahesh for the first time.

Tamannah, who recently scored a hit with Telugu actioner "Tadakha", is simultaneously working for Tamil rural action-drama "Veeram" and Hindi film "It's Entertainment".