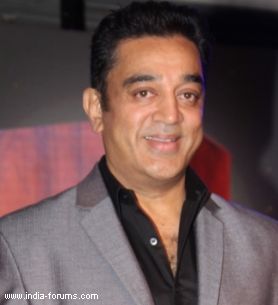 Actor-filmmaker Kamal Haasan, who led the Indian delegation at the ongoing 67th Cannes International Film Festival, said it is vital for Indian filmmakers to take risks to be able to produce "truly global content".

"The problem is that we are a self-sufficient nation. Indian filmmakers need to stop being satisfied with the familiarity and safety of local markets and start taking risks - so that India can constantly produce truly global content that is appreciated across the world," Kamal said in a statement.

Kamal, who returned from Cannes film festival Sunday, is proud to have been part of the prestigious festival as he got an opportunity to rub shoulders with international delegates.

"As an Indian filmmaker, I am proud to have been part of this wonderful endeavour by the Ministry of Information and Broadcasting in making the India Pavilion at Cannes a hub of networking, business and informative interactions to promote partnerships between the Indian film fraternity and the global one," he said.

"I am happy to know that going forward, Indian filmmakers will have the support of the government in pushing forward their business and creative ventures," added Kamal.

He was also the guest of honour at the exclusive networking receptions at the India Pavilion, one of them hosted by the Indian Ministry of Information and Broadcasting and three of them co-hosted by the ministry, and film bodies, producers and filmmakers from New Zealand, Australia and Germany.

Kamal also had the privilege of speaking at the session on 'Co-Production: Merging Resources to Create Magic'.

He lauded the new breed of filmmakers in India who are straying from the path of the commercial mainstream formulas and said, "co-production treaties allow the filmmakers of today opportunities that were unthinkable a decade or two ago".

He also took out time to watch as many screenings as possible.

Now that he is back, he has joined the crew of his upcoming Tamil film "Uttama Villain" and begun shooting already.