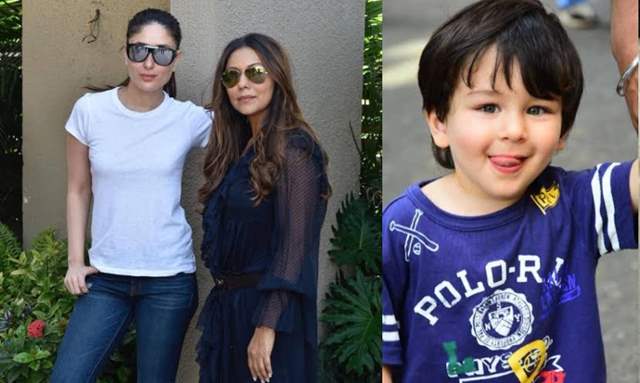 The youngest starkid who has stolen hearts, Taimur Ali Khan has always been the talk of the town. While, the kid is often admired by his fans, paparazzi are way too enthusiastic to click him.

However, publicity can be fatal and mommy Kareena Kapoor Khan is exactly worried about the same. She has repeatedly failed to offer him a normal life and the shutterbugs are always hovering around him. Kareena’s this concern once again made it to the internet, with Gauri Khan’s presence on her radio show.

Sharing a similar incident to AbRam’s encounter with paps, Shah Rukh and Gauri have chose to remain indoors to avoid the paps invading his space. This reply of Gauri, instantly got Kareena too nodding in agreement.

Sharing her concern over the same, she shared how time and again, she and Saif have requested the paps to maintain a safe distance from the kids as they are also doing their jobs, one can’t be restricted from performing his/her duties.

In a conversation with Pinkvilla, Kareena said, "Of course (it affects them). Even if we want to take pictures, Taimur sometimes says 'No photos'. He has learnt to say that. He's constantly being watched and he realises he's being clicked now. This culture has been there for a while now and nobody is asking anyone not to do their job. But we are just asking for a little space because they are children and we want them to grow up in an environment which is safe and secure, where they can be the way they want to be."

Saif Ali Khan, on the other hand, has been spotted several times trying to talk to the photogs to give them some distance. On that, Kareena tells us, "He does, and tries to keep cool and calm. He requests them to give him his space and that's the only thing he can do, being a public figure. I don't want him to grow up in a way where I'm covering my child's face. I think that would scar him even more. He would be 'Why are you doing this?' That's not normal."