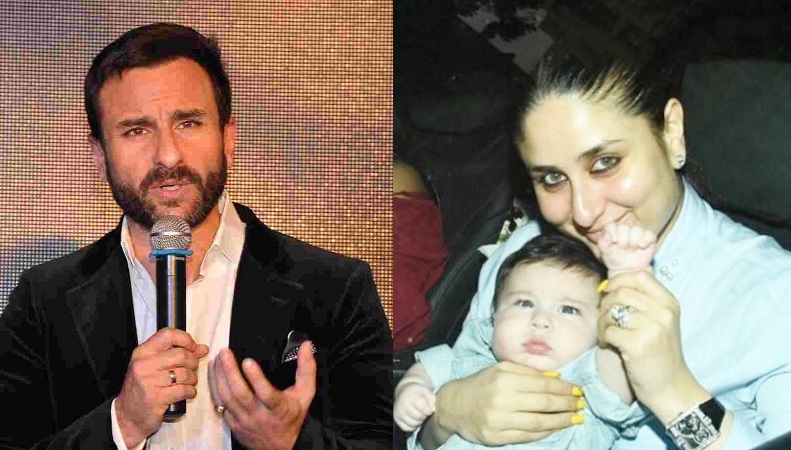 Recently, in an interview with a popular daily, Saif Ali Khan spoke in-depth about his three children, Sara Ali Khan, Ibrahim Ali Khan and his youngest son Taimur Ali Khan.
In the days gone by, Taimur has been making headlines for his cute antics and recently he became an internet sensation after his public appearance at Tushar Kapoor's son, Laksshya Kapoor's 1st birthday party. The Chote Nawab of Pataudi stole everyone's heart  with his adorable and cute expressions that he put up for the paparazzi.
Kareena had also revealed that it was Saif's idea to "not hide" their son from the media and the public eye.
So when Saif was about it he said, "For me, it was not about superstition, it was about safety. The paparazzi culture is getting really bad. They are always outside our home. But it isn't as bad as it is abroad. It will only get there for sure. They will get the picture anyway sooner or later. The more you hide, the more aggressive they will get. I wanted to avoid that push and shove. It's better to give them that pic."
On Taimur stealing the limelight at the bash, Saif added that he had instructed Kareena to make Taimur wave for the cameras. And she did exactly the same.
He said, "I told Bebo to hold his hand and make him wave to the photographers. Also, I feel, why should Taimur be treated any different from other children out there. People put up their baby pictures."
(Quotes: DNA)
0 Likes