Mumbai, March 22 (IANS) UTV, which released 'Taare Zameen Par' and 'Race' in India, will release both the movies in Pakistan March 28.

Siddharth Roy Kapoor, UTV executive vice president marketing, distribution and syndication, told IANS Saturday that while the Pakistani censor board issued a universal certificate (U) for 'Taare Zameen Par' without any cuts, it ordered a few minor cuts in 'Race' before granting it a universal/adult (U/A) certificate.

Both the films, for which UTV has worldwide distribution rights, are being released in 15 cinemas each in five major Pakistani cities.

UTV had also released 'Goal' in Pakistan earlier and the movie, according to Kapoor, earned more there than from the UAE market.

Now with 'Taare Zameen Par' and 'Race', UTV is the only Indian company to have three releases in a row in Pakistan.

'I am confident that as in India, both the movies will do fair business in Pakistan as well though the exhibition sector of the film industry there is in the doldrums right now,' said Kapoor. 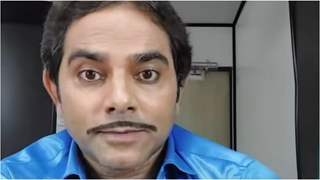