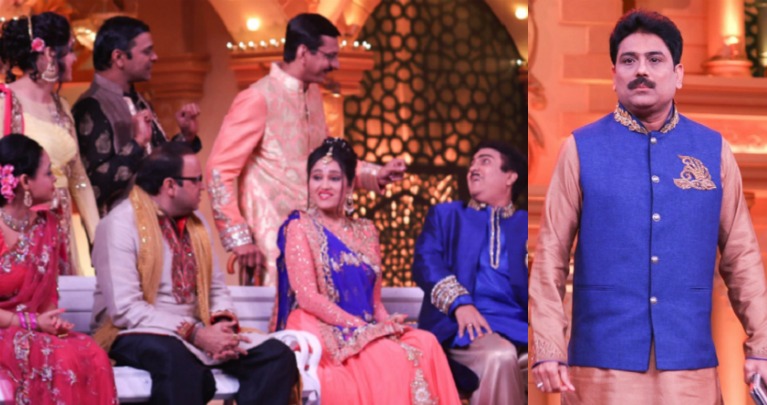 The cast of Sony SAB's most loved show Taarak Mehta Ka Ooltah Chashmah joined in together to celebrate the much awaited SAB Ki Diwali. The show is themed around Masti ki Sawari' where in all the actors will board a fun filled train to reach their final destination that is SAB TV.

The cast of Taarak Mehta Ka Oolthah Chashmah was seen playing Antaksahari while enacting various performances during this celebration.

Shailesh Lodha who plays the character of Taarak Mehta  said, "I absolutely enjoyed hosting the Antakshri at SAB ki Diwali. The entire cast of Tarak Mehta will be on the stage together performing on various Bollywood tracks. It was a pleasure to be a part of this celebration and I hope viewers have an entertaining time watching SAB ki Diwali."

He was indeed a great actor!!!!

+ 2
7 years ago may god rest his soul in peace he was one of my fav.actor and will be rememberd forever in our memory.

+ 5
7 years ago RIP Pran Saab. May you find eternal peace.

+ 3
7 years ago if it is a iifa award function whole bollywood be there. a great artist passes away bollywood kings and queens convey their condolence by socil media. wow what a thinking

7 years ago Pran sir, you were truly a legendary actor in real sense ..loved many of the amazing characters portrayed by you..rest in peace eternally.

7 years ago May his soul rest in peace.
He was truly a versatile actor, a great human being & a gentleman.

+ 4
7 years ago RIP Pran Saheb... We will never forget you and your movies

7 years ago RIP Pransaab. You were not just the BEST but LEGENDARY!

kaustav 7 years ago Rest in peace, Sir! I am a big fan of yours. A few of your performances are unforgettable! "Le gayi mera dil teri julmi najariya.." with Kishore Kumar is a treat to watch. Words are insufficient to express my regard for you. I only have prayers to offer.