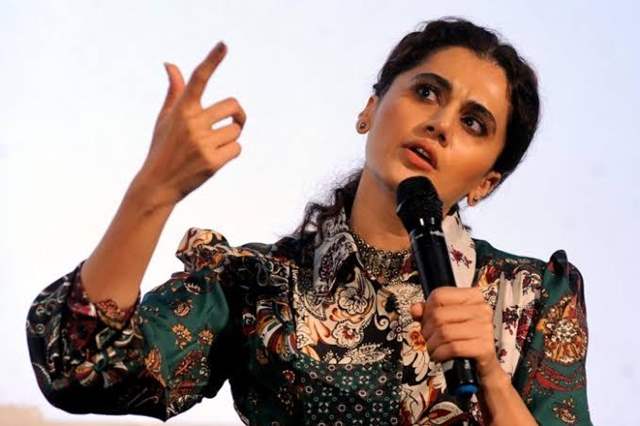 Social media trolling has become an inevitable trend and the ones who are often found under the scanner are Bollywood actors. Taapsee Pannu seems to have built a thick skin against such trolls after dealing with them quite frequently.

Taapsee took to social media to call out her hater who called her a ‘faltu heroine’ and trolled her by saying that she does not know how to act. “Tujhe acting to aati nahi utha utha ke movie karti hai” wrote the troll. In response, the actress gave a savage reply, that is winning the Internet.

In another post, Taapsee shared the abuses hurled against her, to which she again replied: “O hooooo. Very persistent you are. 4-5 baar aur likho please toh shayad maan jau.” 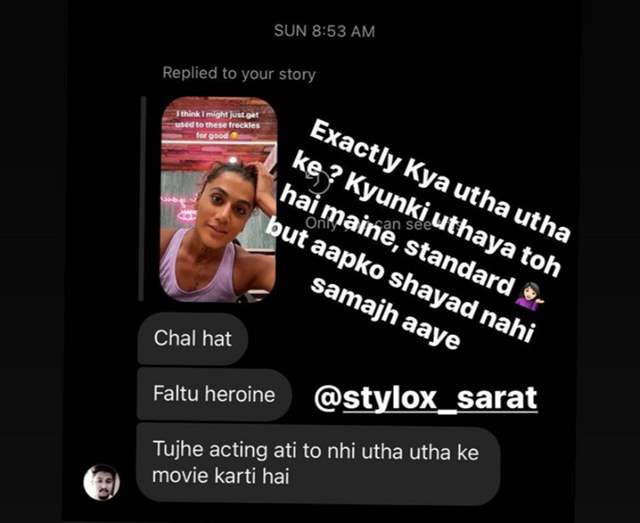 Meanwhile, on the work front, Taapsee Pannu is currently sprinting her way on running tracks as she shoots for her upcoming film Rashmi Rocket.

Directed by Akarsh Khurana of Karwaan fame, the movie revolves around a girl living in Kutch, Gujarat played by Taapsee who is blessed with the gift of running extremely fast. Bhavesh Joshi Superhero actor Priyanshu Painyuli will play the role of Taapsee's on-screen husband in the film.