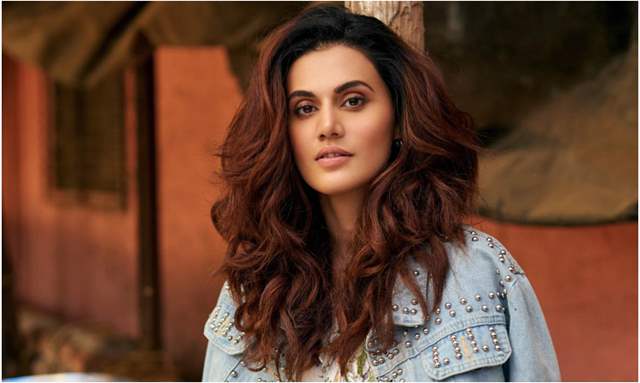 Taapsee Pannu has always been vocal about her stand on women empowerment and she tends to speak volumes about the same. The actress has actively raised voice on brutality towards women through her films. Now, as the entire nation speaks about the brutality towards a teenage girl that led to her death in Hathras, UP, Taapsee has once again hit back at the same.

During a recent interaction with ETimes, Taapsee spoke about the incident that occurs and how everybody starts talking about it. She highlighted the reality and mentioned that there’s a brutal rape case reported almost every day. Being associated with films about women empowerment, Taapsee believes in fighting about the same.

She said, “I feel after every few days, an incident occurs where people feel that it is extremely brutal and then everybody starts talking about it. But the reality is, if you look at the newspapers and you realize that there’s a brutal rape case reported almost every day! I am sure there are more that’s happening, but one at least catches your attention every day. So, when I look at this incident, it’s probably not making me feel that this one incident is going to evoke more anger. I am in that state, where I have reached a point that I know this is our reality. And we need to fight it.”

Many Bollywood celebrities raised their voices against the brutal Hathras rape case and demanded justice for the victim.

Taapsee also spoke about the incidents in the past and how they have pushed her to act about the same. Contemplating on the issues, Taapsee re-considered her options for the same and mentioned that she can't keep blaming people, abusing them, or holding them accountable.

“I am trying my best to make society a bit more kind towards women,” revealed Taapsee.

She maintained, “I am doing it through the kind of films, or characters I take up, where people feel that it is not okay to be subjected to the kind of things we (women) get subjected to every now and then. I have reached a point where all these incidents keep reinforcing my belief and my strength that I have to keep going and not give up.”

Taapsee Pannu was last seen in Anubhav Singh directorial ‘Thappad’. The film received appreciation from all across the nation and even sparked debates about violence on women.

Thappad marks the hattrick of hits given by Anubhav Sinha after Mulk and Article 15. The movie also marks the reunion of Taapsee Pannu and Anubahv after Mulk. The on-screen duo has surely created the right noise with such a gut-wrenching storyline.

"I had actually burnt my skin and I had very major allergic reaction": ...

Taapsee Pannu Tests Negative For COVID-19 as She Resumes Work After ...