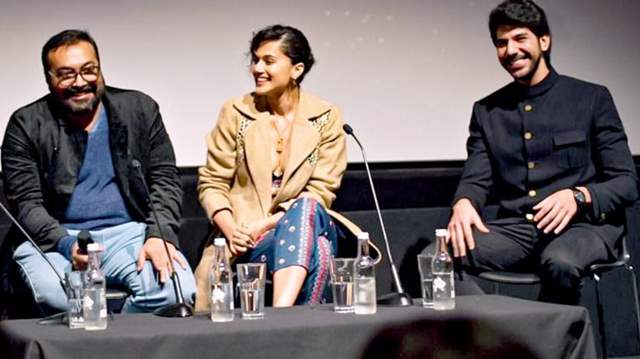 The cast and crew of Dobaaraa are all set for their big theatrical release as the film will be released today. Prior to the release, early screenings of the film were organized for the media and the fraternity people and the movie has garnered rave reviews.

The note addressed by Ekta, Anurag and Sunir read: “Some films are measured purely by their Box Office collections, Some films are measured solely by their scale. And then there are some that receive so much love that they go on to be cult films. Our endeavor to release Dobaaraa in theatres is to let audiences experience something new and different on the big screen, something that doesn't take their intelligence for granted. Something that goes on to become a cult film. We are overwhelmed and humbled by the response we have been getting across the media and industry for our film. See You in Theatres Dobaaraa this Friday.”

Taapsee wrote along with the note, “The immense love we are getting from our pre releasing screenings has made us realize how we miss the joy of making a good film in the garb of box office success. Here’s a note from the makers who had the courage to stand by a film like #Dobaaraa and make sure it releases in theatres, a film that doesn’t undermine the intelligence of the audience. We will celebrate the fact that we could make such a film in the times when playing safe is the only option for survival, regardless of however the box office result is. We know we made a film we are proud of, I hope you give us a chance."

Dobaaraa is a mystery thriller and stars Taapsee Pannu and Pavail Gulati in key roles.