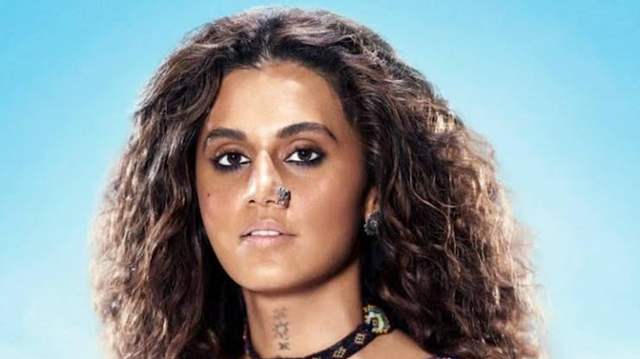 After Thappad, Taapsee Pannu is onto her next titled Rashmi Rocket. Directed by Akarsh Khurana of Karwaan fame, the upcoming movie revolves around a girl living in Kutch, Gujarat played by Taapsee who is blessed with the gift of running extremely fast.

Taapsee has found her husband in Priyanshu Painyuli, who will be seen playing the role of Rashmi's husband in the film.

The narrative of Rashmi Rocket revolves around a Gujarati girl named Rashmi. She is a fast runner and which is why her fellow villagers call her 'Rocket'. Taapsee's character in the film is from Kutch in Gujarat. Bhavesh Joshi Superhero actor Priyanshu Painyuli will play the role of Taapsee's on-screen husband in the film.

RSVP movies took to their social media and shared,"We are soon going to hear only one name on the tracks! #RashmiRocket, filming begins today!"

Rashmi's indestructible spirit is reflected on how she jumps all the hurdles that come across the way and is not just a race but a fight for respect, honour and her very own identity.

The film stars Taapsee Pannu in lead role. Rashmi Rocket is written by Nanda Periyasamy, Aniruddha Guha and Kanika Dhillon. The film will be helmed by Akarsh Khurana who directed Karwaan.

Taapsee Pannu shuts down troll asking her to ‘take care until there’s ...

"NO means NO. Whether you are married or not, consent is paramount": ...

phadukaran 2 months ago whats with these peoples fixation on hindu names and calling it rocket, bomb, trigger like seriously...