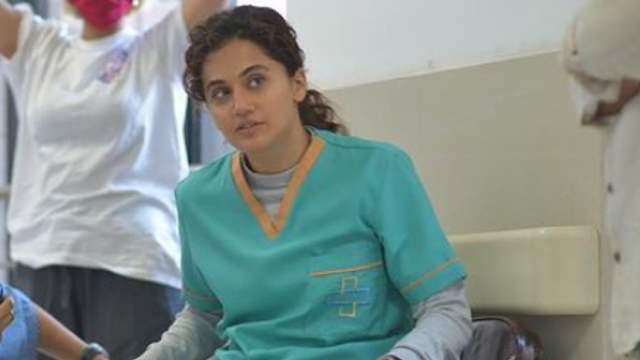 Actress Taapsee Pannu lets her actions do the talking. Recently, she came forward to help an elderly woman, whom she did not even know.

Taapsee has donated her platelets to actress Tillotama Shome’s friends’ grandma. Tillotama took to Twitter to share the same and lauded the Pink actress for her noble help without even knowing the woman in need.

"I have never worked or hung out with @taapsee but I was aware of how hard working she is!! I was however, unaware of how incredibly humane she is. Going beyond an RT to actually offering to donate her platelets. You are gold!! I wish you my best and admire your strength”, Tillotama wrote on Twitter.

She added, "My friends grandma needed platelets and she offered to donate even though she does not know me or my friend, that's not humane? Anyway. Wishes for your good health, nothing is more precious."

This is indeed very thoughtful of Taapsee Pannu. On the professional front, the actress is running prepping for her sports biopic, Shabaash Mithu. The film is based on the life of Indian cricketer Mithali Raj, directed by Rahul Dholakia and written by Priya Aven.

Taapsee also has a spectacular line of films including Looop Lapeta, Haseen Dillruba and Rashmi Rocket in her pipeline.

Speaking of Tillotama Shome, she was recently seen in the Netflix film, Sir. She also featured in Irrfan Khan's film Angrezi Medium and the series Mentalhood starring Karisma Kapoor.