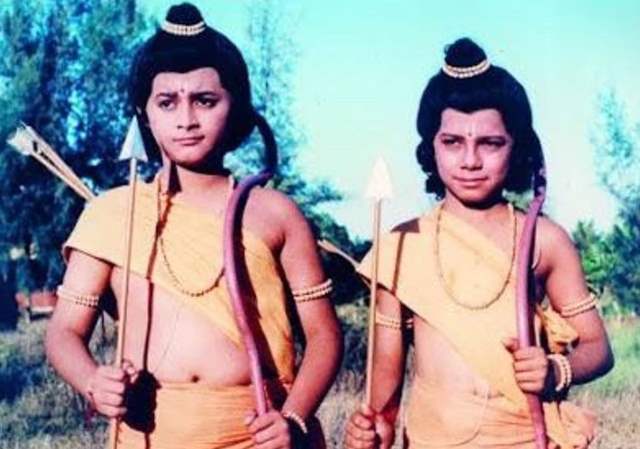 In the midst of the ongoing nationwide lockdown, the channels are keeping the fans entertained by rerunning the episodes of their favourite shows. Several shows like Maharabharat and Ramayan are once again back on Doordarshan. Earlier today, we also reported about Chhota Bheem which will be telecast on Doordarshan at 2pm everyday.

Now, the channel has also brought back the show 'Uttar Ramayan' that shows the story of 'Luv Kush'. As the story of Ramayan is finally coming to an end, the makers will air the episodes of Uttar Ramayan starting from 19th April at 9pm.

Actor Swwapnil Joshi who started his career portraying the role of Kush took to his social media account to reminisce the old days. Walking down the memory lane, Swwapnil shared the picture of him as Kush on his social media account with the caption, "YESSSS!!! THIS IS ME!!!! My first ever role. KUSH!!!! After the grand success of Ramayan, now @ddnational will telecast Luv Kush's #UttarRamayan. On air from 19th April, 9 pm. Jai Shri Ram!"

What do you guys think of the above news? Are you guys excited to see the story of Luv Kush on your Television screens once again? Do let us know your views about the same in the comments below...