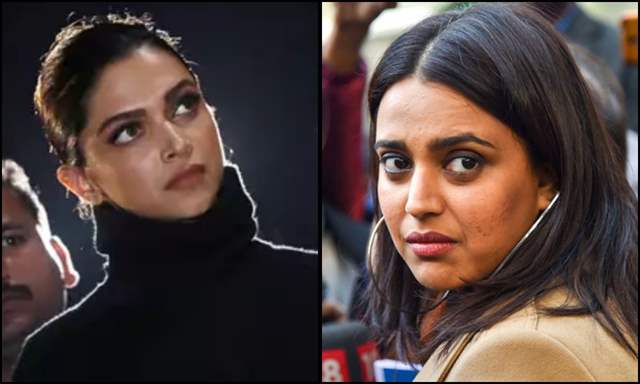 Deepika Padukone came under the scanner after a Twitter user made shocking allegations against the actress and claimed that Deepika was paid a whopping amount for a ‘2 minutes appearance’ at Delhi’s Jawaharlal Nehru University (JNU) during the Anti-CAA protests in January this year.

The Twitter user had written, “Deepika padukone took 5 crores for her 2 minutes appearance in JNU for Anti-CAA protests while @ReallySwara could only manage a C-grade web series despite artistically screeching against CAA for an year. Bhagwan kisi ko depression de de lekin Communism na de (May God give someone depression but not communism).”

Swara Bhasker reacted to the same and came out in support of Deepika Padukone. She rubbished the said claims and called it a vulgar conspiracy.

“The kind of idiotic misinformation that is peddled ceaselessly by RW about #Bollywood is partly why we as a public accept any kind of conspiracy theory - however vulgar and outlandish! A rampant culture of stupidity…”

Besides, Deepika Padukone was also slammed by Kangana Ranaut amid the intense row around Sushant Singh Rajput's untimely death.  Kangana's team on Twitter said that DP should be remanded over 'Depression ka dhanda.'