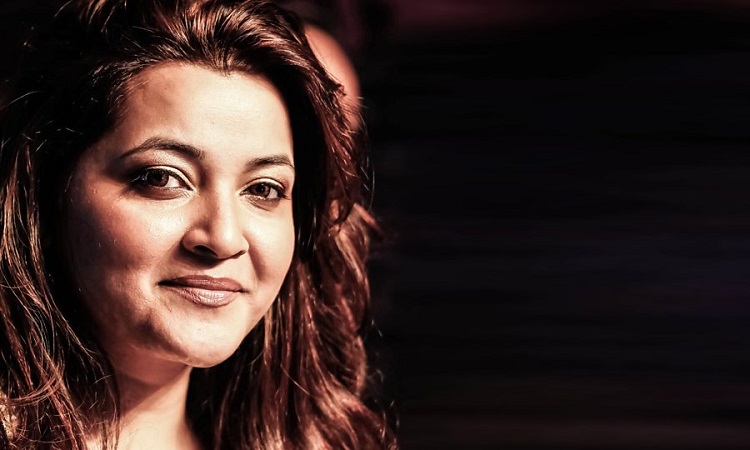 Singer Suzanne Dmello, who has often worked with popular composers like A.R. Rahman, Pritam Chakraborty, and Salim-Sulaiman in her almost three-decade-long music career, is excited about her debut album which will have an R&B soul.

D'Mello is the voice behind hit Bollywood songs like "Mahiya" ("Awarapan"), "Do you wanna partner" ("Partner") and "Aye bacchu" ("Ghajini").

It took her a while, but she is looking forward to soon unveiling her first album.

"This album is my baby. I am collaborating with different artists. I look at it as an album, but I think it will have to release as singles. I am working on some tracks with Indrajit Sharma, popularly known as Tubby in the industry. He has composed a couple of tracks," Dmello told IANS in a telephonic interview from Mumbai.

"I have composed some. I am collaborating with new lyricists also. The soul of the album will be very R&B, but in Hindi and a couple of them in English," added the singer, who gave the English vocals for songs like "Zara Zara touch me" and "Race season ki".

She hopes a couple of singles released before the end of this year.

But what took her so long?

"My priorities were different. Now that I have little more time and my desires are different, I want to put more of myself out there," she said.

D'Mello has also been a part of Broadway-style musicals like "Beauty and the Beast" and "Aladdin" as a voice coach and vocal arranger.

Did she expect such kind of productions to be happening in India when she started off in the 1990s?

"No. I was very young when I started off. As a young artiste, I wanted to go to New York and pursue Broadway music. I never took that route but I had the fortune of having teachers based in New York coming to Mumbai. They conducted workshops here (in Mumbai). So in a way, I kind of got a taste of Broadway right here in Mumbai."

It was only after the second "Beauty and the Beast" musical in 2016 that things started to look up.

"We got a good understanding that, yes, the crowd really loves it. People wanted more of it. With 'Aladdin', now the door is wide open. There will be more coming up," she said.

The Disney India's Broadway-style musical based on "Aladdin" will premiere here on Friday.

On her role as a voice coach, she said: "Playback singing gives a different kind of joy. It's your voice that kind of makes the song what it is. I have been fortunate enough to have sung so many songs and have that whole experience.

"Having sung for so long, it has taught me so many things. A lot of Indian artists are exposed to Carnatic music or Hindustani music. So for someone like them to be open to learning Western-style vocals is my area of expertise."

Broadway style of singing is a different challenge.

"There are many vocal techniques, the ways to raise your voice, use diaphragm, to get your voice to sound polished and big breathing technique, postures..."

Once the actors nail it, the result, she said, is simply "wow". "It is like a CD playing," she said.

Such shows have a wide audience -- young as well as old. Any chance of them replacing Bollywood movies?

"Bollywood is very film-oriented and Broadway is theatre-oriented. Though, both come under the performing arts category. They have their own charm. In case of Bollywood, you go to a theatre to experience something on the screen. For Broadway or a theatrical experience, you go to theatres where your actors are in front of you. So, it is very personal...very intimate."

"Broadway-style musicals can never replace Bollywood films. Our country has grown up on Bollywood. Even in international reality shows, Bollywood music is a separate category. There is pop, rock and then there is Bollywood.

"We already have our own place in the world music. Broadway has its own category."