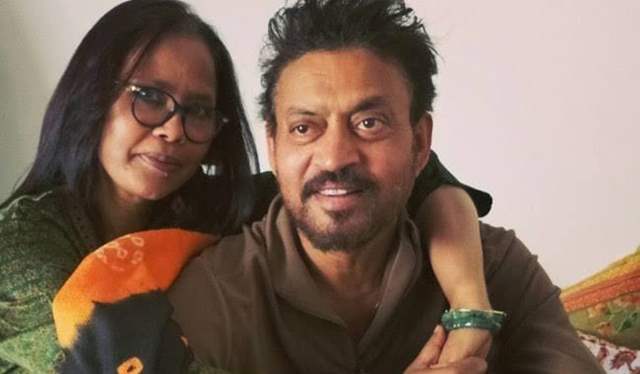 Irrfan Khan's sudden demise shocked the whole nation. One of the finest actors of Bollywood left for heavenly abode on April 29, 2020 and despite months of his demise, the ugly truth that he is no more with us is still something that is difficult to digest.

January 07, 2021, marks his birth anniversary and on this special occasion  his many fans and stars from the entertainment industry have remembered one of the finest actors India ever had and penned beautiful eulogies on social media which is pretty heart touching.

Just recently, the late actor’s wife Sutapa Sikdar took to her Facebook account to pen an emotional story on why he never celebrated his birthday and how Irrfan asked her why celebrate birthdays at all? Answering him, Sutapa said that she celebrates this day because then she wouldn’t have met him if he was not born. She also mentioned that she celebrates the day, the nakshatras, the tithi, the grahas, the alignment of the universe that welcomed him on this planet.

After penning two lines of a Shayari, she then wrote,

"You used to ask me when you were really young “why would you celebrate your birthday isn’t it one year less to your death day?” of course these were conversation when you had just ventured out from home from conditioning to exploration so you would question everything.I don’t remember what I answered you but today I want to answer so listen Irrfan I celebrate the day because how would I have met you if you were not born ..so I celebrate the day the nakshatras the tithi the grahas the alignment of the universe on that particular day which welcomed you in this planet. And now that you are in the infinite did you get some answers you always seeked?

dark nights dim lights and sahir saab’s shayari would float in the air..some nights when the sleep finally would decide after one or two momentary yawns to hide behind the star so one star gazes and looks for sleep quietly. You are silent from within, it’s a long days end and last three years have really been with longest days .you are tired with incessant noise of anxiety worry curiosity etc etc ..you just stare at the dark night with occasional horns just enough to remind you that you are earth bound. Yes bombay never sleeps..sometimes so don’t you.

I celebrate your birthday as I would not meet you if you weren’t born ."

After being diagnosed with the neuroendocrine tumour two years back and after treatment, Irrfan Khan passed away on April 29, 2020, due to colon infection.

We at india-forums.com, pray for his soul to rest in peace and hope that where ever he is, he is in a better place.