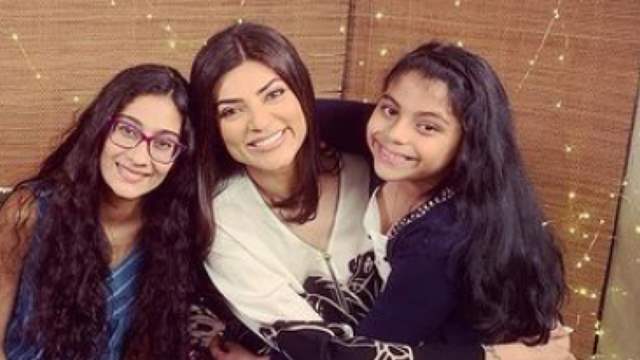 Former Miss Universe and Bollywood actress Sushmita Sen set an example for many when she adopted her first daughter Renee in 2000.

Renee is now all grown up and stepping into the world of acting. She recently made her acting debut with the short film Suttabaazi.

In a recent interview, Renee reveals that she chose not to know about her biological parents because it does not make any sense to her.

Referring to ‘adopted’ and ‘biological’ as mere terms, she tells Bollywood Bubble: “I have seen love in its purest form. This difference between adopted and biological... There is no difference for me, it is only a term. I don't feel a difference.”

Further, Renee shares that when she turned 18 years old, she had the chance to know who her biological parents but she refused and to explain why, she says:

“I don't feel the need to. She (Sushmita) is my everything. I also understand that my 'biological’ parents may have had some circumstances or whatever but that is history. This is my family. This is who I am. Why should I kick all my blessings in the face? It does not make sense to me. I mean no disrespect to anybody who does want to know. By all means, please, if it makes you happy. But it does not make me happy."

Not just this, Renee also says that she would like to adopt. “Of course I want to adopt. To me, adoption and biology are no different. It is just a term that people have given,” she said.

Besides Renee, Sushmita Sen also adopted Alisah in 2010. The actress often shares pictures with her two daughters and boyfriend Rohmal Shawl and together they all make for a very happy family.

Speaking of Suttabaazi, Renne plays a rebellious teenager stuck at home with her conservative parents during the lockdown. The film, directed by Kabeer Khurana, released on Disney+ Hotstar.

Sushmita Sen and Rohman Shawl head out for a secret outing with Renee ...