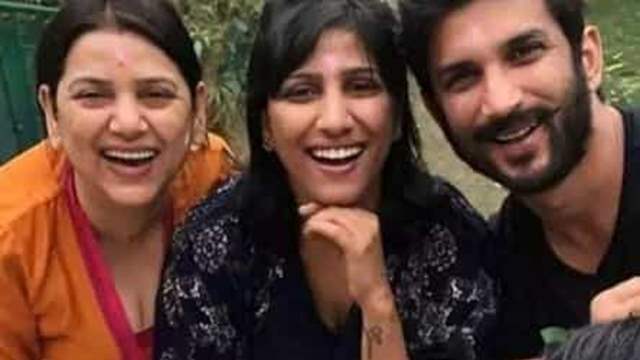 Late actor Sushant Singh Rajput’s sisters Priyanka and Meetu Singh have been named in an FIR by Rhea Chakraborty. The sisters had filed a petition to quash the FIR filed by Rhea against them.

In the latest update, Sushant’s sisters have requested the Bombay High Court for an urgent hearing of their petition as they fear arrest by the Central Bureau of Investigation (CBI).

When the court questioned the urgency in hearing their petition, advocate Madhav Thorat, who is appearing for the sisters, told the court that the sisters fear they could be arrested by the CBI any time since there is already an FIR against them.

According to a report in India Today, Priyanka and Meetu in their petition are also seeking an interim relief so that no coercive steps are taken against them.

The report also adds that the HC bench, comprising Justices SS Shinde and MS Karnikhas, posted the petition filed by Priyanka and Meetu Singh for further hearing on November 4, 2020.

Rhea Chakraborty had filed a FIR against Priyanka Singh and a Delhi based doctor Dr Tarun Kumar for illegally prescribing medicines containing psychotropic substances without a consultation to Sushant Singh Rajput. Rhea alleges that the medicines may have resulted into a chronic anxiety attack leading to Sushant's suicide.

Meanwhile, in the petition filed through advocate Madhav Thorat, Sushant’s sisters have claimed that the medicines are not banned and the guidelines issued by the Medical Council of India (MCI) on April 11, for telemedicine “allows the medicine to be prescribed to a patient even at the first consultation”.

“A bare perusal of the complaint along with the FIR shows that the statements made there do not make out any cognisable offence,” the petition stated. “The lodging of the complaint by Chakraborty was nothing but a feeble attempt on her part to scuttle the investigations against her and blame Rajput’s family members for his suicide, as she was on the verge of being arrested by the Narcotics Control Bureau (NCB),” it further stated.