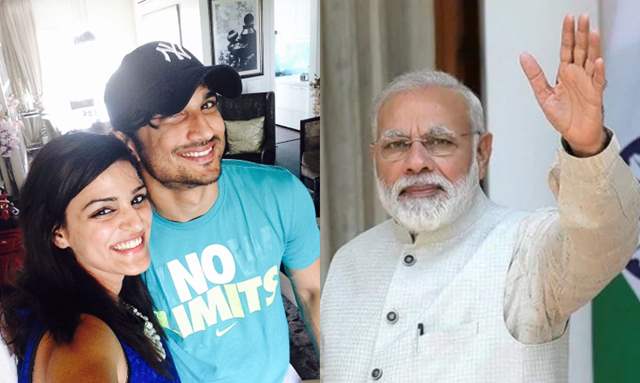 Sushant Sigh Rajput’s untimely death was a shock to the entire nation and his family is still mourning his loss. While his sad demise has got the best of his fans, Sushant’s sister Shweta has been updating his fans about their family's well being. The two siblings were very close with had hardly any age gap between them.

Now, Shweta has approached the Prime Minister of India Narendra Modi and requested him to look into Sushant Singh Rajput’s death investigation.

Taking to her Instagram handle she wrote, “Dear Sir somehow my heart says you stand by the truth. We are from a very simple family. My brother had no Godfather when he was in Bollywood nor do we have anyone right now. My request to you is to immediately look into this case and make sure that everything is handled in a sanitized way and no evidence is tampered with. Expecting justice to prevail”.

Earlier, Shweta shared a childhood picture of them followed by a screenshot of their chat from June 10. Sushant Singh Rajput passed away on June 14th at his Bandra residence. And he had a conversation with his sister Shweta four days before his death.

In a recent turn of events, the investigation of Sushant’s death has stimulated fans to seek justice for the late actor. The actor passed away on June 14 at his Bandra residence. The police investigation is still underway and over 30 people have been interrogated by the cops so far.

While girlfriend Rhea Chakraborty turned out to be a prime suspect in the case the late actor’s relatives have been demanding her arrest.

Meanwhile, a four-member team has come from Patna to investigate people close to Sushant Singh Rajput. They have already spoken to his bank manager, former cook, sister, and former girlfriend, Ankita Lokhande.

Meena_J 13 days ago There are so many cases that the PM has to look into. Whether he was murdered or not, will remain a mystery. There are so many cases that registered yet take ages to solve alongside other issues. Moreover, the media is dramatizing the case by putting blame games on every person. Plus, while nepotism does need to be eradicated, Kangana’ s team is just acting way too much. We aren’t fully sure if nepotism is really connected or not.

Even after seven decades of independence, are we really ...
-42 seconds ago