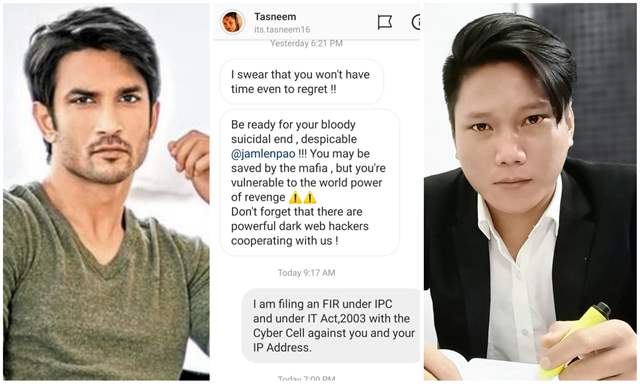 Late Sushant Singh Rajput's friend Samuel Haokip took to his verified social media handle to share screengrabs of the threatening messages he received in his inbox.

As seen in the messages exchanged between the two, the user threatened Samuel by saying: “Be ready for your bloody suicidal end, despicable @jamlenpao !!! You may be saved by the mafia, but you’re vulnerable to the world power of revenge Don’t forget that there are powerful dark web hackers cooperating with us!”

To this, Samuel responded by saying:  “I am filing an FIR under IPC and under IT Act, 2003 with the Cyber Cell against you and your IP Address.”

It did not stop here as the user hit back by replying  “You can do actions against me& all the other SSR warriors as much as you want, despicable traitor.”

Check out the messages here: 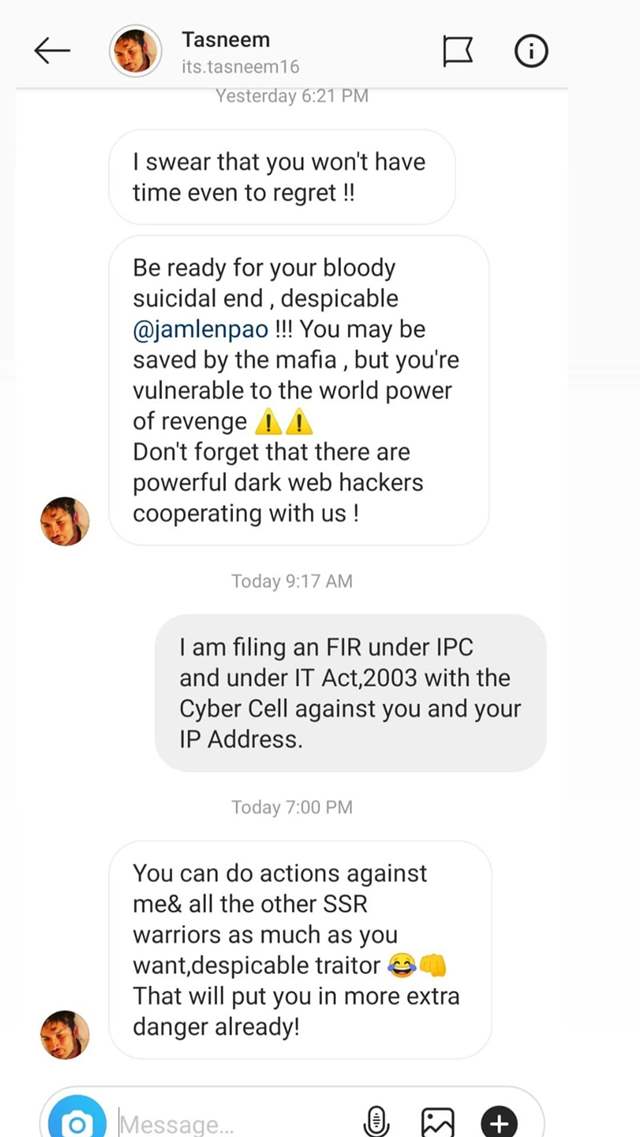 Samuel also took to his Instagram stories to share a screengrab of the FIR he filed against the user threatening him. 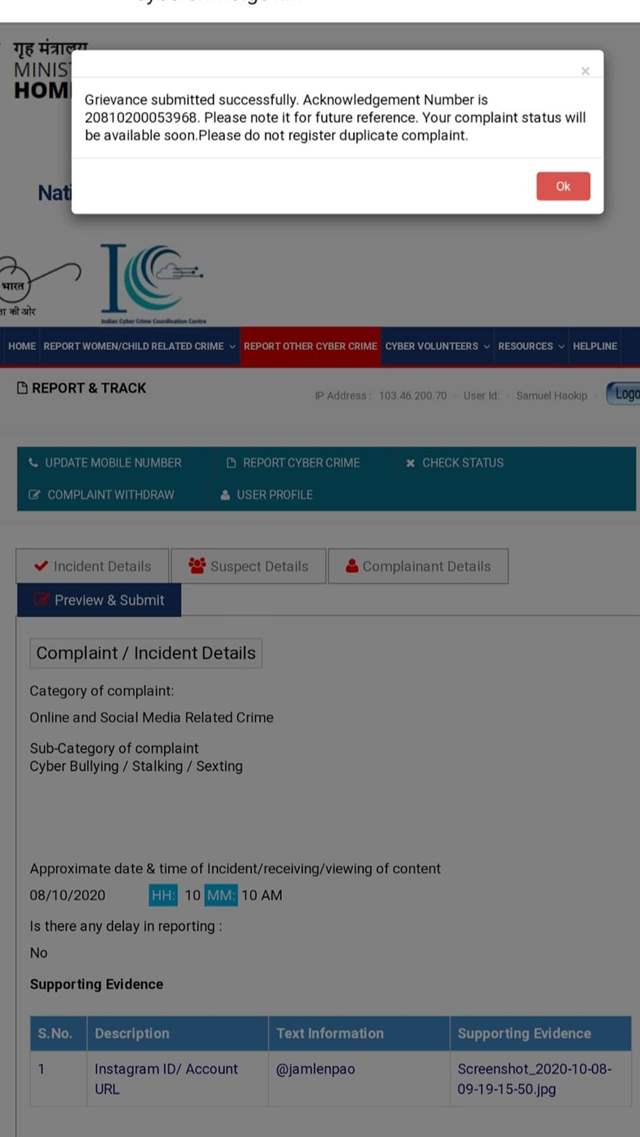 Sushant Singh Rajput died on June 14 2020 at his Bandra residence in Mumbai. What at first looked like a case was suicide was later probed by agencies like ED, CBI and the NCB.

Sushant's post mortem was done at the Cooper Hospital, which had ruled out the murder theory in their report. However, after the CBI came into the picture, the autopsy was re examined by a panel of doctors from AIIMS. In the report submitted by AIIMS to CBI, the case was concluded as 'death by suicide'.

Meanwhile, Sushant Singh Rajput's family have expressed displeasure over the AIIMS report and requested for another forensic panel to re examine the report.