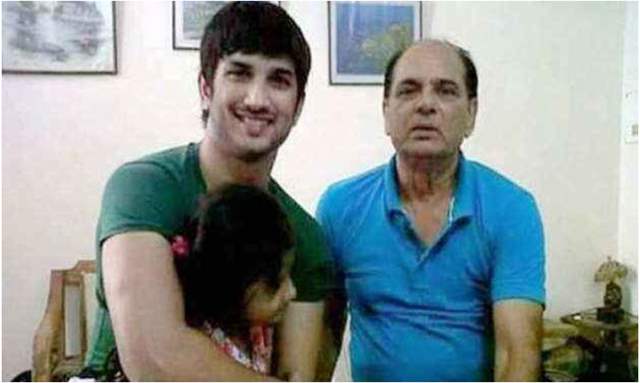 Sushant Singh Rajput’s death investigation has seen unprecedented twists and the agencies are trying their best to solve the case. While the Mumbai Police were earlier investigating Sushant’s death case, the CBI later took over post the Supreme Court’s orders after it accepted Bihar Government’s recommendation to let the CBI probe the death of Sushant. The Enforcement Directorate (ED) and the Narcotics Control Bureau (NCB) are conducting a parallel investigation into the money laundering and drug angle in the case.

ANI reported the picture of their meeting in Patna earlier today. However, the reason for the meeting wasn’t mentioned, this visit comes after the Bombay High Court reserved orders on the bail applications of Sushant’s girlfriend Rhea Chakraborty, and her brother Showik yesterday.

Rhea and her brother Showik Chakraborty are currently under judicial custody after being arrested by the Narcotics Control Bureau in the alleged drug case linked to the actor's death case. Rhea has been placed in judicial custody till October 6.

rashmi_here 28 days ago WHAT WOULD U TALK ABOUT IF YOU WERE GIVEN A MASK ? IF NO ONE WOULD EVER KNOW IT'S YOU ? WHAT DEEP SECRETS WOULD YOU SHARE ? EXCITED? screams.in PROVIDES YOU THE FREEDOM TO BE YOURSELF, TO EXPRESS YOURSELF EXPLORE UR AS WELL AS OTHERS MYSTERIOUS SIDE ON SCREAMS NOW