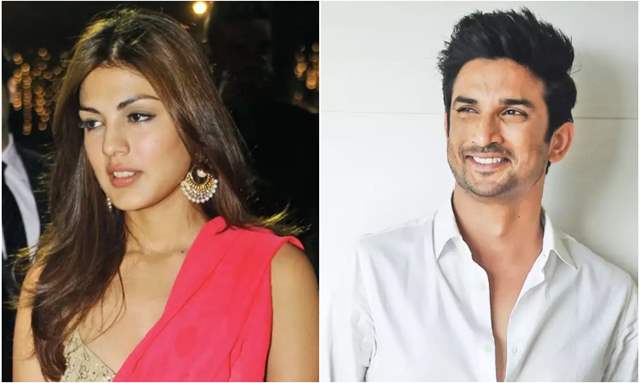 Lately, a lot has been discussed about Sushant Singh Rajput’s death after the All India Institute Of Medical Science (AIIMS) in its report to CBI dismissed all the angles including the theories of poisoning and strangling. The conclusive report gained SSR’s family’s attention and they demanded an entirely new forensic panel after the AIIMS panel ruled out the possibilities of murder in the case.

Speaking about the same Rhea Chakraborty’s lawyer Adv. Satish Maneshinde has expressed his concern in regards to Sushant’s family and their lawyer.

In his statement, Maneshinde “It is disturbing to learn that the family of SSR and its lawyers are interfering and tampering with the investigations by bringing pressure on the AIIMS team of Doctors by speaking to them during investigations and releasing purported audio recorded conversations and information to the Media in order to bring pressure and tamper with potential witnesses. The SSR family lawyer is supposed to have said that he is going to meet the CBI Director to get the family’s predetermined path of investigations in SSR death. It is very disturbing to read such information in the Media as attempts are being made to get a predetermined result in the case.”

He also reminded SSR's family that future interference may invite legal trouble. “Any further attempts to interfere and tampering in the investigations would be brought to the notice of the appropriate courts,” he added.

He said, “The Bandra Police registered a case on the allegations of Rhea Chakraborty against the sisters of SSR in relation to illegal administration of medicines on the basis of forged prescription which could be the cause of Sushant’s death and transferred it on 9th Sept 2020 to the CBI as per the orders of the SC. Therefore, the family also stands to face investigations in the case.”

For the uninitiated, Rhea Chakraborty filed a complaint before Mumbai Police sister Priyanka Singh and Dr. Tarun Kumar of Ram Manohar Lohia Hospital a station for allegedly prescribing medicines to the late actor which are prohibited under the Narcotic Drugs and Psychotropic Substances (NDPS) Act.

In her complaint, Rhea said that Priyanka had sent Sushant a prescription by Dr Tarun Kumar and he “appears to have prescribed medication controlled under Narcotic Drugs and Psychotropic Substances Act, 1985 to Sushant without any consultation as mandated by law.”

Earlier, in his reaction to the report submitted by AIIMS, Adv. Satish Maneshinde said that truth cannot be changed under any circumstances. “The speculations against Rhea in some quarters of the Media are motivated and mischievous. We remain committed to Truth Alone. Satya Meva Jayte,” he mentioned.

Tippy-top 1 months ago What can you expect of Salman Khan' s lawyer?