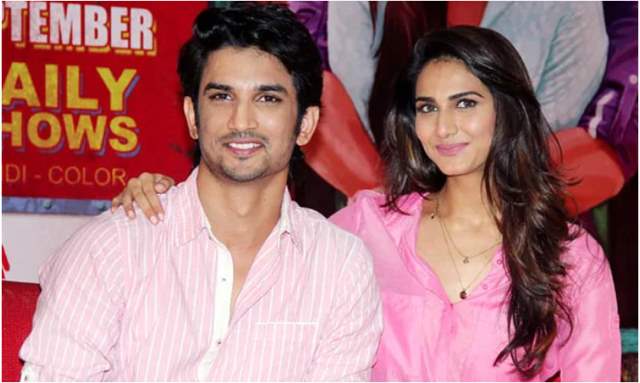 Sushant Singh Rajput held a high pedestal amongst his family, friends and even co-stars and they even praised him as a helpful and loving soul. He not only performed in his films, but he rather made a close connection with his audience. While the fans shed tears over Sushant’s sad demise, they are eager to watch him in his upcoming film - Dil Bechara.

Now, Sushant’s Shuddh Desi Romance co-star Vaani Kapoor talked about the late actor and remembered him as helpful and sweet. In an interaction with Times of India, Vaani mentioned her first meeting with him and revealed that he greeted her with the warmest smile when she met him for the first time.

I had met him (Sushant Singh Rajput) for the first time at YRF, it was a reading session and Manish Sharma was there. I remember walking in and Sushant gave me the warmest smile. You know when you get that comfort feeling about someone even though you don’t know them that well because they treat you with love and warmth. Sushant was very helpful and sweet. Throughout the film he was really sweet to me. He was so talented, when I see him in ‘Dil Bechara’ now I just realise what a good actor he was.

That void will always be there for all of us. It makes you feel gloomy when you think of what happened. Sushant was my first co-actor so that will always be a special memory.

Sushant’s sad demise has left a void amongst his fans and co-stars. Clearly, everyone adored him. But, his untimely demise at the age of 34 has shocked the entire nation.

Earlier, Vaani took to her Instagram account and remembered her first co-star as she wrote: “I remember my first meeting with you and there you were, the first person to smile at me and help me! My first co-actor! Still in disbelief and shock. I have known you as a happy & funny person. I wish I could do something to change this. I am going to miss you. Miss the chance to work with you again. I pray for your soul to find its calm.”

Vaani Kapoor made her debut as she was seen alongside Sushant Sing Rajput in Shuddh Desi Romance. Meanwhile, she was last seen in War with Hrithik Roshan and Tiger Shroff.

Sushant Singh Rajput’s cook and sister may be summoned by Mumbai ...

'Some Wounds Are Ripped Again And Bleeding', Sanjana Sanghi Pens ...

Why Should We Watch Janhvi Kapoor's Gunjan Saxena?
a minute ago

The Bhatts were involved throughout: Ankit Tiwari on his ...
33 minutes ago