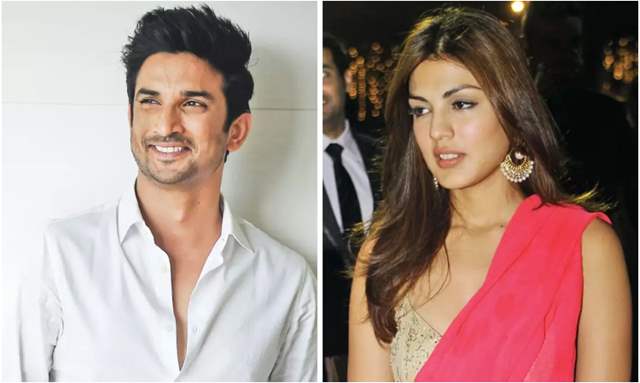 Sushant Singh Rajput’s sad demise was a massive blow to the entire nation. The investigation has repeatedly seen some of the major twists, and several allegations have been hurled across the late actor’s girlfriend - Rhea Chakraborty and her family.

Rhea was yet again slammed with shocking allegations by a witness who reportedly claimed that her inner gave Sushant heavy doses of drugs.

A recent Times Now report quoted Sushant Singh Rajput friend who used to stay with him until Chhichhore spoke at length about the late actor and his connection with Rhea. Revealing the details of the late actor’s lifestyle, the friend shared that Sushant wasn't into drugs at all when he was with him, and in fact, SSR was the kind of person who would talk someone out of such a situation.

The friend also mentioned that Rhea controlled his life entirely, from finances to career, and added that a heavy dose of medicines was given to Sushant.

On Sunday, Rhea’s lawyer issued a statement and said, "Rhea Chakraborty is ready for arrest as this is a witch-hunt. If loving someone is a crime she will face the consequences of her love. Being innocent, she has not approached any court for an anticipatory bail in all the cases foisted by Bihar Police with CBI, ED, and NCB''.

Apart from that the NCB also carried out a raid in Khar and seized banned narcotics.