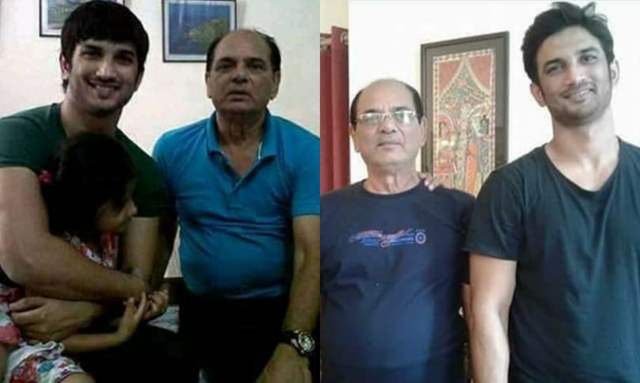 Sushant Sigh Rajput’s untimely death has taken the entire film industry by a storm. His friends and many celebrities are mourning the loss of a talented actor. The actor reportedly passed away due to suicide after hanging himself to death in his room at his residence in Bandra, Mumbai.

Recently, the Dil Bechara actor’s former co-worker and housemate Samuel Haokip has shared an old video of Sushant wherein he is seen talking about his journey in Bollywood and also declared how he has no godfathers in the film industry. Apart from that, he is also seen sitting along with his father KK Singh.

Sushant died by suicide on June 14, and Samuel, along with several other members of his inner circle, has been talking to the media about the actor. Sharing the video, Samuel wrote; “Freedom depends upon how evolved our society is,” in which Sushant can be seen speaking with the media, perhaps in his family home in Patna.

When asked about having a godfather in the industry, the actor laughs and says, “There is no need to have a godfather, if there was, I wouldn’t have succeeded. There is a father, and there is a God. The person who connects them is the godfather. I have both God and a father in my life.”

Fans noticed Sushant’s father sitting next to him. One person commented, “KK Singh uncle is there and so proud he is smiling.” Another person wrote, “What a man! So evolved, extremely intelligent..it’s heartbreaking what happened to him. Miss you SSR.”