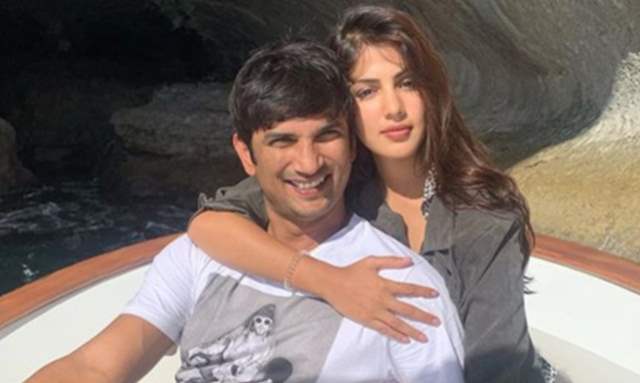 Sushant Singh Rajput's died of suicide on June 14, 2020, and while it has been over a month since the shocking event, a lot is being spoken about who is to be blamed after all. It was only recently that the late actor's father filed and FIR against girlfriend Rhea Chakraborty and alleged that she not only stole from him, but also cheated him, of abetment to suicide, among other things.

With these allegations from the actor's family, the case continues to take newer turns. The latest, as has been informed is that nod from CM Nitish Kumar for a CBI probe into the case. Meanwhile, the actor's family lawyer, Vikas Singh, has made some revelations and additional details about the case and everything that went through in his life and things with Rhea.

Vikas went on to reveal, "An offence of abetment to suicide doesn't happen in a day. It has a bundle of facts involved and for Sushant, it all started when Rhea completely cut off his access to his family members. She didn't let the father to the son and cut down on that frequency. Then, when the father tried to contact Sushant through the bodyguard, that also wasn't allowed. That was the first step."

He further went on to narrate how soon enough, Rhea did away with the house help including servants, bodyguards and cook. Next, she was eventually working her way through his bank accounts and other details and eventually, she got him to take medicines, ones that his family had no idea about. He said, "She completely conjured up a situation where she could make film there's something wrong with him."

Among other things, the lawyer went on to reveal how she was simply trying to find her way up in her career as she was not just a part of his meetings, but in fact, also told the production houses that she had to be cast opposite him for him to do the film. eventually, she began to dominate him and the medicines made things worse.

Given that Rhea had left his house at Mont Black in June, the lawyer went on to reveal how it was after the actor's decision to take a break from movies and invest time in organic farming. He said how it was then that she realized how he cannot help her anymore and from what he knows, that was a trigger point for the actor.

The lawyer revealed, "She walked out of the house, took all his medical records and would keep threatening him that she would make all the reports public. That was one threat he couldn't take strong actions against her. She walked out of that house with the files and blocked him, which made him even more anxious."

Priyanka Chopra Expected to Win an Oscar? To be One of the ...
28 minutes ago

Ravi Kishan Hits Back after Anurag Kashyap Accused him of ...
52 minutes ago