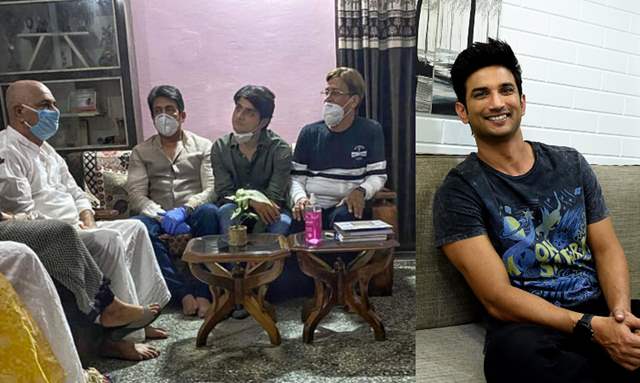 Sushant Sigh Rajput’s untimely death has taken the entire film industry by a storm and celebrities are mourning the loss of a talented actor. There were several controversies revolving around the Chhichore actor’s lack of films and ultimately, fans believed it was the ‘Nepotism’ that got the best of their favourite actor.

Meanwhile, the police investigation is underway and Mumbai Police has recorded statements of 28 people linked to the late actor.

Tejashwi Yadav who is the leader of Rashtriya Janata Dal conducted a press conference recently and it was attended by Shekhar and Sandip. This reportedly lead to turning the late actor’s death into a political gimmick just to get mileage. However, during the press conference the party also demanded for CBI injury in the actor's death investigation.

On the contrary, Shekhar Suman recently revealed that Sushant was changing 50 sim cards and groupism in Bollywood.

A Spotboye report quoted the family which read: “Everything is under investigation in Mumbai and giving media byte in Patna under the political banner is just for political mileage. Family is capable enough to demand all this and keep doing and waiting for a police investigation report, hence any kind of politics and political intervention not needed. There are already political people in the family who will take this up.”

Furthermore, the late actor’s family was left uninformed about this press conference held in Patna.

‘It’s Very Idiotic’, Shekhar Suman Lashes Out at Allegations of ...

AASUS 1 months ago india forums do you have any journalists who can write? seriously this is the most unkind and so disgusting way to describe about someone who has fan following all over the world. so disgusted - if you don’t want to empathize or sympathize with his fans - do not bother to type up this incredibly stupid information you’ve come up with! So bad!!

piya2025 1 months ago IF, I've low expectation but " The chichorre took his life " is this what you call journalism ?😶

tabby999 1 months ago What do you mean ...the chichorre took his life ...please respect sushant sir and he didn't commit suicide ..its a planned murder ..want justice for him ..

Tippy-top 1 months ago Shekhar Suman has become threat to the Bollywood? Hence the above news. When Sushant's dad himself speaks, it will be more relatable.