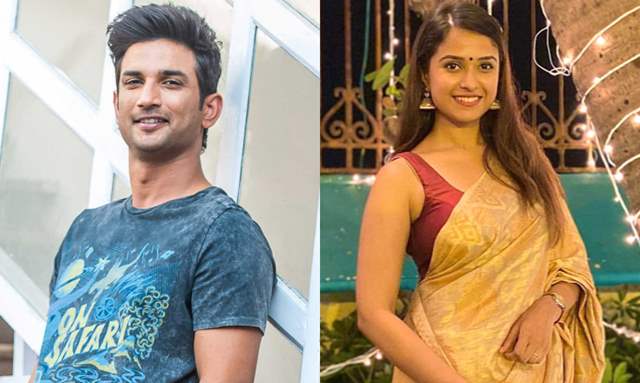 Sushant Singh Rajput’s death has sparked too many controversies and the investigation seems to be getting murkier after every new development. The actor passed away on June 14 at his Bandra residence. However, a few days before Sushant’s death his manager Disha Salian had passed away on June 8 after falling off the 14th floor of a building in Malad.

Recently, Sushant’s friend Siddharth Pithani said that the late actor was very upset after his name was associated with the alleged suicide of his former manager, Disha Salian. Reportedly, he was living with Sushant at his Bandra residence.

In his interaction with Zoom, Pithani also said that Disha had managed Sushant only for a short time and yet she was described as ‘Sushant Singh Rajput’s former manager’ in news articles about her. Siddharth also mentioned that “he met her only once in his life.”

He also added, “She was Sushant’s manager for only a very small time.” Sushant kept crying the day he learned of Disha’s death.

His sister was there to take of him that time. She fed him, gave him water. His sister came over the day Rhea left. The following day this incident happened, and that affected him so much. He fainted also. His sister and me were in the same room. We all saw how badly it affected him.

Meanwhile in an interview with Zee, Disha’s mother, Vasanti said that “This cannot have a connection with Sushant’s death, she never took his name. We didn’t know that she was Sushant’s manager. We came to know later. Only once, she had told us that she had gone to Sushant’s house with somebody. How can there be a connection after meeting him just once? She was his manager for a very short time.”

Recalling the night before the actor’s sad demise, Siddharth revealed that he went to his own room only after the actor had fallen asleep. Furthermore, he also confirmed that Sushant was on medication for depression and that Sushant had made it Siddharth’s responsibility to ensure that he takes his medicines.

Siddharth also revealed that the late actor wanted him to move in with him, “Sushant said, ‘I have no one. We will go away from all this. We will go to Pavna’.”

Bihar Police has been probing Rajput's death and there have been several updates pertaining the same too. Now, according to a report in Republic, file reports that had the details of Salian's case have been 'mistakenly' deleted by Mumbai Police.

My emotional memory helps me shape my character in Anupamaa: ...
34 minutes ago

Barun Sobti says his transformation for Halahal was 'a bit ...
36 minutes ago