We had reported earlier that Deepika Padukone had been finalised to play the female lead in the Bollywood adaptation of the 2014 Hollywood movie, 'The Fault in Our Stars'. 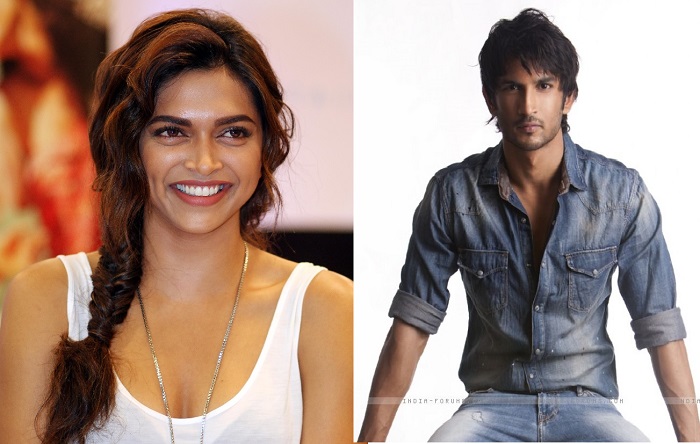 Now we have the male lead of the film too. Sushant Singh Rajput has been finalised for the film opposite Deepika Padukone. They would play the roles of two teenagers who suffer from cancer, and it's their story.

Well Sushant sure is on a career high right now, with some of the meatiest characters in hand. Way to go Sushant Singh Rajput. This adaptation of the novel, by John Green which is still untitled will be directed by Homi Adajania.

5 years ago Another remake of Hollywood! Remake of 'The fault in our stars'!!! The pair might look quite odd! Better change the pair!

+ 3
5 years ago Aren't both of them a bit too old to play teenagers??i am finding it weird to imagine them as Gus and Hazel :/

+ 4
5 years ago Sushant has denied this news on twitter. Still wish it were true though. Lol.

+ 2
5 years ago i would love to see them together and i love the story... but i dont want a bollywood version of the movie..