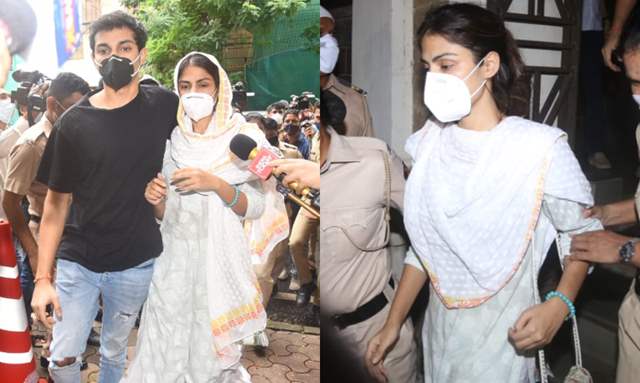 Supreme Court on Tuesday announced its verdict for the petition filed by Rhea Chakraborty in response to the FIR lodged against her.

Weeks after Sushant’s father KK Singh lodged a complaint against his girlfriend Rhea and five other people for abetment of suicide at Rajiv Nagar Police Thana in Patna SC has reserved the judgment until next hearing which will be conducted on Thursday, August 13.

The Times Now report also stated that the Supreme Court asked for brief written notes by Thursday from all parties after hearing arguments from - Rhea’s lawyer, Sushant’s family lawyer, the counsel representing Maharashtra Govt and the Solicitor General of India.

Rhea also filed an affidavit in SC appealing that the media trial against her should stop. In the court, lawyers representing Rhea, Bihar Government and Maharashtra Government were arguing in front of the apex court about the transfer plea. Each of them presented their side to the court before they could file a final judgment.

Meanwhile, another report stated that CBI has recorded the statement of KK Singh and his family on Monday at the residence of his son-in-law OP Singh, who is the commissioner of Faridabad.

review
Review Shriya Pilgaonkar and Iqbal Khan steal the show away in the ...
26 minutes ago