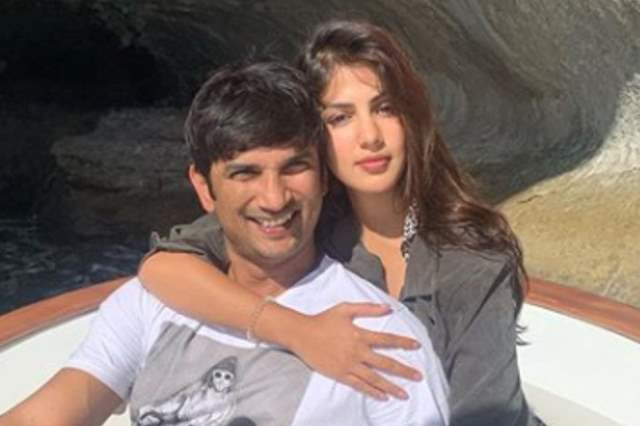 The saga surrounding actor Sushant Singh Rajput continues to ensue and a new development everyday is certainly what has become the case now. While there has already been several leaks and revelations, a new audio clip from January 2020 came out that includes a long conversation between Rajput, Chakraborty, Indrajit Chakraborty and another financial advisor.

From talking about leaving films to retirement and leaving this city and not being in the frame of mind, Rajput talks about all these things while it majorly has Chakraborty talking and more so handling Rajput's financial decisions.

Rhea: Sushant should prepare money for FD. I want all this as an example that I am not there, Shruti and Miranda are also not there and some new person is with Sushant. He gets Sushant's card. The first thing I would say to Sushant is to make FD of all the money. We will keep all Sushant's money in FD. Sushant's card will not have more than 10-15 lakhs. Secondly, the money which Sushant holds, which keeps Sushant from getting interest. Sushant's deposit will also be safe. No FD can be broken without Sushant's signature.

Sushant:  'I want to leave this city.'
Rhea: First we want to go to Goa. Will stay there for a month or two. After that we will decide. He is thinking about his future.
Sushant  (to the advisors in the conversation) How will it be for things like retirement? I want help.
Rhea: All these things are for money. What will be the return of the money that is with it?
Sushant: that I want to go to some natural place.
Rhea: Can go to Pavana or a place where peace of mind prevails. We will go to Pavana for a day or two. And let's see how it feels. I want to be with them most of the time. Then we will talk about leaving this house.

Sushant: ' just want to request. How can we end all this and save money. Yes, here I am fighting with my mind. This is the most difficult time I have never seen.
Consultant 1: Private trusts are formed only during bad times. Where all the financial decisions of the individual are taken care of by keeping the people associated with the trust together.

In fact, apart from all this Rajput even talks about selling his vehicles. To which one of the other people refuses and mentions that it won't be right and a car is needed at any time. That time,
Sushant: I won't be able to afford this house.
Rhea; A few months will pass from the money deposited after which we will talk to the landlord.

While it does seem that Chakraborty's denial of not being involved in Rajput's financial decisions is wronged but it also appears that Rajput was going through some financial problems too at the start of this year.