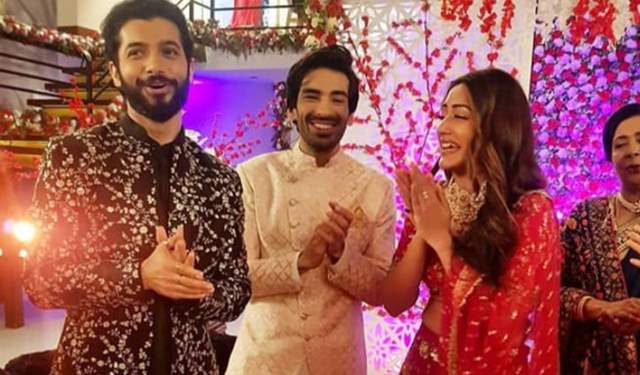 Surbhi Chandna is celebrating her birthday today and as the actress turns a year older, celebrations are on in full swing. The actress had a perfect midnight celebration at home and shared photos on social media followed by an early morning surprise on the sets of her show Naagin 5. We saw photos and videos of the same and fans are glad they could make her day!

And now, we have photos from the sets of the show from the cake-cutting for the actress. As can be seen, the photos also see co-stars Ssharad Malhotra and Mohit Sehgal in the frame. The actress is all smiling amid the birthday celebrations in the middle of shooting and we are sure the actress had a good day after all!

Meanwhile, the upcoming weekend on Naagin 5 is going to be as interesting as it gets with Bani taking her naagin avatar while there is also going to be some high voltage drama as has been seen from the promos. Ever since it first came out yesterday, fans have been expressing their excitement about the upcoming track ahead and the glimpses from the actors have only added to it.

Mohit Sehgal isolates himself at home after co-star Sharad Malhotra ...