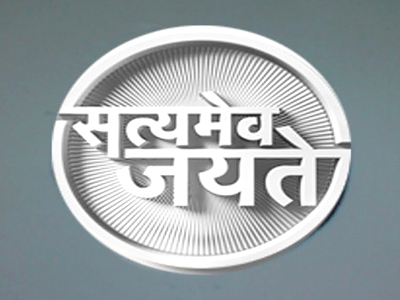 Star India's Satyamev Jayate has been one of the most impactful shows on Indian Television and the show returns for an all new season starting 2nd March at 11.00 am on Star Plus, STAR Pravah, STAR Vijay, Asianet, STAR Utsav, DD and a differed  telecast at 1.00 pm on ETV. The show stirred the consciousness of the nation as a whole while bringing forward key social issues that concerns the nation.

The new addition to the show this season is Superstar Mohanlal Viswanathan Nair who is the brand ambassador for the show in the South. He is one of the biggest superstars in the south and his association will only help leverage the show and reach out to a larger audience segment in the south. The issues addressed through the show, concern and impact each and every citizen of India whether they are from Mumbai, Delhi, Cochin or Chennai and Mohanlal drives home this significant thought. Through his association with the show, he communicates the need to come together, as a nation, and support Satyamev Jayate to raise, discuss and find solutions to the problems that plague India and its people. The celebrity actor will be endorsing the show & shooting a set of exclusive promos for the show.

Uday Shankar, CEO Star India said, "The issues raised by Satyamev Jayate are of national importance. With this in mind we are delighted to have Mr. Mohanlal on board for Satyamev Jayate this season. His iconic association with the show will help garner greater support for the cause of the show and reach out to a larger audience base across the country."

Airtel has come on-board as the title sponsor & Axis bank as the powered by sponsor for the new season of Satyamev Jayate. Reliance Foundation is the philanthropic partner on the show.
6 Likes

mayuloveu 6 years ago Aamir khan will not host satyamev jayate???? Why???

Huma Qureshi Loses Cool; Says She has been 'Unnecessarily ...
56 minutes ago

2020 is Turing Out to be a Fruitful Year for Prabhas!
56 minutes ago