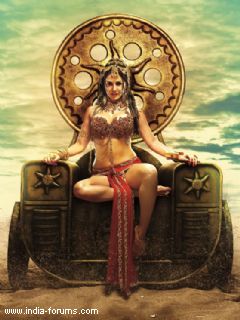 Directed and written by Bobby Khan, this movie is a 9-song musical and Sunny will be seen in a complete new avatar compared to her previous films. The actress dons the role of a gorgeous princess in the film. It is a passionate love story and will be shot extensively in Rajasthan and London.

Producer Bhushan Kumar of T-Series said, "We are very excited for the project Leela and its outstanding script. One will see Sunny Leone in a complete different avatar."

It's a great  collaboration between  Producers - Music head honcho Bhushan Kumar and ace choreographer Ahmed Khan who get together for this a musical extravaganza.

Producer Ahmed Khan said - It will be a very enthusiastic journey producing a dance musical with Sunny as the female lead as she is a beautiful actress and we will get to present her in a new way.