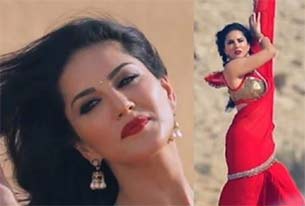 Indo-Canadian adult film actress Sunny Leone will be seen making her first appearance in a Punjabi music video with Girik Amin's "Sari wali girl" and she is thrilled about it.

A rendition of Amin's imagination of his dream girl in a sari, the song features Sunny in the video shot in the desert landscapes of Dubai.

"This is my first ever full-on Punjabi song in a sari and it's called 'Sari wali girl'. Girik Amin is a great singer and you guys are going to absolutely love the video as it's shot in Dubai, it's hot, it's beautiful, it's glamorous," the "Ragini MMS 2" actress, who has featured for the first time in a non-film Punjabi pop-song, said in a statement.

Amin says the song is "very close to my heart". "This track describes the girl of my dreams and who better to have featured in it than Sunny Leone. She is extremely gorgeous and working with her on this song was a delightful experience."

The track will be released June 3 across all music platforms.