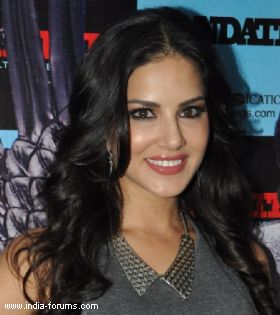 Actress Sunny Leone was awed by the "breathtaking designs" that she flaunted at the India International Jewellery Week (IIJW) as the showstopper of Sumit Sawhney's jewellery brand Apala by Sumit here.

Adorned in exquisite hand-crafted jewellery, Sunny stole the show as she sashayed down the ramp wearing a Hasli with Victorian elements and gold claws, which added a tribal touch to her look.

She also flaunted a bold calf-piece, and even a back-piece, which was a wreath embellished with Jade, cascading on the actress' back. She also wore earrings, cufflinks and head-pieces.

"Sumit's jewellery has so much creativity and finesse. Apala was a break from the usual bling on stage. I was awed by its breathtaking designs. The back pieces were very different and spectacular. I absolutely loved the entire set he designed for me," Sunny said post the show held Monday night.

The show was called The Royal Tribe, an amalgamation of the royal and tribal elements.

Sawhney said: "My line, by combining the tribal and the royal, ventures forth into a territory that was yet to be explored. My collection captures the true essence of the two, coalescing it into a beautiful synthesis."

The ensembles for the show, labeled Meraki, were designed by Delhi-based designer Atithi Gupta. Sunny, along with other models, dazzled in shimmer and cotton gowns.