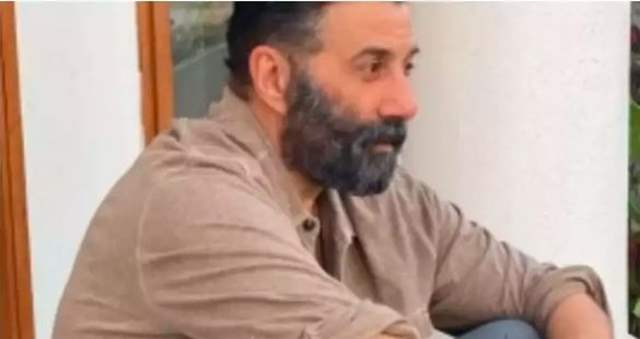 Actor Sunny Deol, as we know, has decided to jump on the remake bandwagon as he is set to star in the Hindi remake of Malayalam film, Joseph titled, Soorya.

Obtained by a news agency, in the picture Sunny is seen sporting a heavy beard and his hair is combed back. The actor is seen sitting on a staircase dressed in a simple brown coloured cotton shirt paired with grey pants and brown sandals.

Talking about the character, a source from the film close to a news agency, shared: "He had all the happiness but then the journey of life took away his happiness and he was left with hate, anger and vengeance. But 'Soorya' found a purpose."

The film will be directed by M. Padmakumar, who helmed the original one too. Other details about the movie are still under wraps.

Sunny will also be seen in Gadar 2 and Apne 2. Lately, Deol hasn't had a good time at the movies when it comes to box office where his last four films that he acted in have not worked which included the all-Deol collaboration, Yamla Pagla Deewana: Phir Se.

He also made his return to direction in the form of Pal Pal Dil Ke Paas that marked the debut of his son, Karan Deol in 2019.