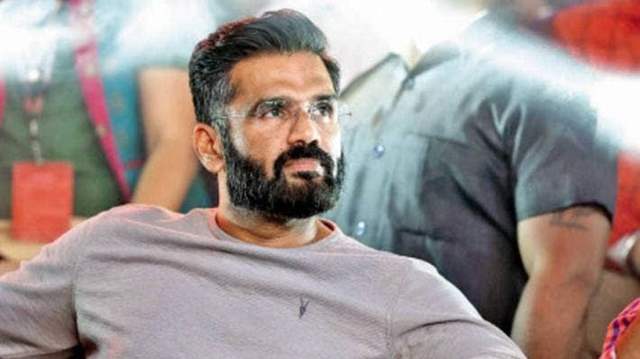 In a career spanning more than 25 years and having acted in over 100 films, Suniel Shetty is truly one of the finest talents of the Bollywood industry.

He made his debut in 1992 with Balwaan, opposite Divya Bharti and went on to give superhit films like Dilwale, Border, Hera Pheri, Dhadkan, and many more.

However, Suniel Shetty reveals that it was not a smooth ride as he faced criticism when he started out. Sharing about the same, he told Hindustan Times:  “Balwaan released in 1992, and I realised I had an audience following. When I travelled, people started recognising me. That’s when I got confidence. They broke my confidence by saying I was ‘wooden’, even then there were critics who were out to get you. When I understood what one of them was trying to say, I realised, some way or the other he was being vindictive, but there’s also truth in it. That’s when I started working on my craft."

Furthermore, the actor also weighed in the nepotism debate and opened up about kids Athiya Shetty and Ahan Shetty, who also belong to the acting business.

Speaking about his kids names being dragged in the nepotism debate and his reaction, Shetty reacted: “I never get irritated or angry, it upsets me. It hurts me, more than anything else. It is Athiya’s destiny and hard work, which she will prove."

Shetty adds that while his daughter Athiya's film Motichoor Chaknachoor was not a grand release, she received appreciation for her part. "Every child in this world has the right to follow their dream,” he adds.

The nepotism debate in Bollywood has gained momentum after actor Sushant Singh Rajput's untimely demise. The industry came under the scanner for groupism, allegedly favouring star kids and mistreating 'outsiders' or people who don't belong to filmy families.

The nepotism debate also garnered attention on social media and star kids are scrutinized for supposedly having it easy in the show business.

saiba007 1 months ago u were far better than akshay and ajay that's u r no longer in movies because the best gets kicks out and the worse stays.

DaddyMarvel 1 months ago Of course you were wooden. You are lucky to have survived the industry’s criticism of you. It’s surprising that you even got movies. Moreover, you were famous because of the trio - AJAY-AKSHAY-SUNIL macho trio.