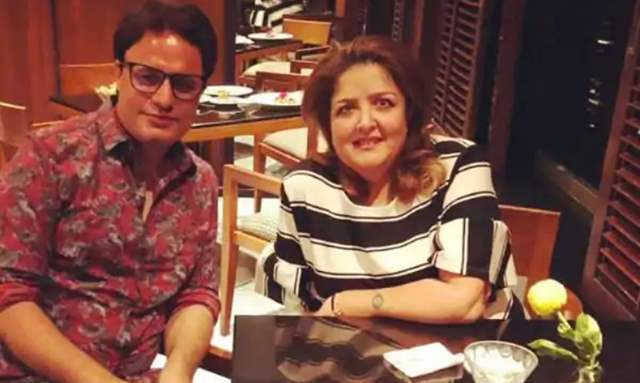 Hrithik Roshan’s sister Sunaina Roshan has been the talk of the town for the past few weeks. Ever since she tweeted that she was living in a hell and that her family was making her life unbearable, Sunaina has been making it to the headlines every now and then.

She even accused that her father Rakesh Roshan allegedly hit her after he got to know about her relationship with Ruhail Amin, a Delhi-based journalist. Sunaina also said that her dad called Ruhail, a 'terrorist'.

Now there’s a new twist in the tale! As per reports in Bollywood Hungama, Ruhail is already married and has two kids. A source close to the Roshan family has revealed that it’s not Ruhail’s religion but his marital status that is a matter of concern for them. “This chap whom Sunaina is seeing is apparently married and has children. That’s why Guddu and Pinky (Rakesh Roshan and wife) are going nuts. Sunaina has already made monstrous marital mistakes. Her parents don’t want her to end up making one more wrong choice of partner,” said the source.

In an interview with News18, Ruhail reacted to being called a terrorist stating, "This is unfortunate. Labelling someone extremist just because he/she belongs to a certain religion is simply outrageous and needs to be condemned in strongest words."

He further revealed, "They(Sunaina’s parents) did not approve of our friendship," he said. "I also got to know that her parents put a security ring around her post our friendship, and when she told me about it my first reaction was of disbelief and later a good laugh."