Today we live in the world of technology where science and logic seem to rule the day. Yet, in this advanced age, we still tend to turn to the stars to look into our future. Astrology, an ancient study that links movement of celestial objects to our daily lives, still continues to be widely popular. Although there are many forms of astrology, sun signs are a very handy form wherein one can identify the inborn qualities based of a person based on their time of birth. BollyCurry has decided to compare Bollywood celebs to their sun signs for this very reason.
Disclaimer: BollyCurry in no way promotes superstition or astrology.
Taurus and Libra - Varun Dhawan and Parineeti Chopra 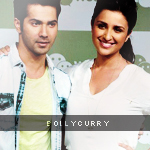 People of the Taurus sign are friendly, have strong instincts and patience is their key strength. They have a clear speech and speak without exaggeration or without overconfidence. They cannot stand injustice to their friends and immediately rush to their help. Varun Dhawan is one actor who falls under the Taurus zodiac sign. After Student of the Year (2012), Varun seemed to have disappeared from the news, but he was patient and after a couple of months it paid off when not one, but two movies fell into his kitty. In interviews, he has always been seen to have a strong sense of speech and speaks with confidence and without any exaggeration. We say that he matches his sun sign really well.
Libra people have the balance of justice and can turn anything into gold. These people believe in the relationship that makes a constant change. Libras are constantly smiling and can charm anyone with their captivating smile and charming talks. Here we bring Parineeti Chopra, who has the quality of being very humble and understanding just like a Libra. She develops an easy camaraderie and good rapport with people. She is very friendly with her co-stars and appears to be very bubbly and can quickly charm anyone. A true Libra indeed, Parineeti surely exudes charm and talent.
We feel these two would make a great pairing onscreen! They are both energetic, exude confidence, are charming, and would complement each other well. After all, it's always been said that a Libra and a Taurus make a great pair! 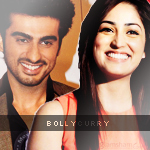 Sagittarius people love travelling. They believe in seeking knowledge and wisdom. They can easily distinguish what is right and what is wrong. They are quite energetic and straightforward. Our Sagittarius celeb is Yami Gautam, who tends to have all these qualities. She has stated in interviews time and time again that she wants to learn everything about the industry completely, instead of just reaching the top. She appears energetic and quite frank from her interviews and appearances. In a world where diplomacy is everything, we are rather happy to see such a frank person.
On the other hand, people born during the Cancer sign are soft like children, giving and receiving emotionally. They act with their emotions and protect their loved ones, giving them a special place in their heart. They are often very protective. They need a happy home and security to stay in balance. Interestingly Arjun Kapoor, who belongs to this sun sign, matches this sign really well. Though his father Boney Kapoor married for a second time, he gives Sridevi due respect. He has a very stable relationship with his chachu Anil Kapoor, as seen in interviews. He is quite protective of his privacy and is one of those few celebs who is not on Twitter. We guess Arjun is very oriented to his sun sign qualities.
Yami and Arjun would make another great pair onscreen and as the calm and energetic personalities would even each other out. We also have 2 upcoming stars who care more about learning and their growth, than just reaching the top. Rock on Arjun and Yami! Rock on! 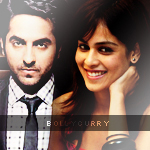 Leo people are warm, friendly and inspire people with whatever they do. They are honest and fair to others. They are also optimistic and always see the light at the end of the tunnel as is the saying. Our Leo celeb, Ayushmann Khurrana, made a sensitive debut in Vicky Donor (2012) and has inspired millions through his hardcore journey to the place where he has reached today. His debut has inspired many people to take on such sensitive topics openly. Ayushmann is a very optimistic person and he is quite honest and warm as well. This donor surely matches his sun sign.
In contrast, Virgo people are health concious and have a great sense of humor. They are very practical in what they do. Virgos are very intelligent and can often multi-task. The health conscious Genelia Dsouza matches her sun sign as can be seen based on the health brands that she is endorsing. Genelia has also been a great multi-tasker. She not only completed her degree, but also starred in her debut movie Tujhe Meri Kasam (2003). The health nut, multitasking Genelia surely matches her sun sign is all we have to say!
While this may be a bit different, but we feel that Ayushmann and Genelia would make a great pair onscreen as they both like doing different types of roles and look good in any type of role. Hopefully the directors hear our plea and cast this unique pair together soon!
Sun signs are a great way to understand what a person is like. They can also help understand which people work well together. However, with this, this writer says adieu to think about other celebs and if their qualities match their sun sign or not.
Writer : Vaishnavi.V
Editor(s): Shreya S.  and Gunia M.
Graphics: Shikha A.
Do you have a suggestion or comment for BollyCurry? Drop us a PM at  BC_Dropbox today.
12 Likes