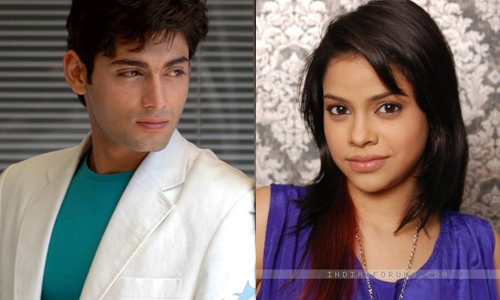 Petite Sumona Chakravarti currently seen in Comedy Nights With Kapil on Colors will soon be seen in an episodic of Yeh Hai Aashiqui. Bindaas' popular episodic series is doing a special four week series where they will feature popular television actors for these special episodes.

In one the episodes audiences will witness Ruslaan Mumtaz who was last seen in Kehta Hai Dil... Jee Le Zara on Sony TV.

Our source says, "Sumona will be seen in an episode she will be seen as a model who falls in love with a guy who has traditional thoughts. Thus the story will revolve around how their thoughts differ and create problems in their lives. Sumona has not yet started shooting for Yeh Hai Aashiqui. "

"Ruslaan Mumtaz has been finalized but the script is not yet ready," adds our source.

TellyBuzz wishes Ruslaam Mumtaz and Sumona Chakravarti all the best!

6 years ago Waiting for this episodic...
Will be interesting to see Sumona with Ruslaan.

6 years ago Ye Hai Aashiqui is an awesome show..
Luv it a lot
So happy 2 c Ruslaan Mumtaz back...
Tht 2 with an episode in ye hai aashiqui

6 years ago Can't wait for the episode. Love you Ruslaan!

+ 2
6 years ago So gud 2 c Ruslaan Mumtaz back on screen, missing him a lot after Jee Le Zara!

stephyjohn 6 years ago Best of luck sumona
And u r doing great job in comedy nights with kapil
Love u...